Get ready for puck drop, The 2017-2018 season schedule has been released. The MIDS will open the season in Lancaster, Pennsylvania against Millersville University on September 16th.

The first home game of the season will be against the George Mason Patriots October 1st at 2:00pm.

Other notable dates on the schedule:

October 6 to 8-The Stephen Russell Tournament in Raleigh.

October 15-The MIDS will host the Kentucky Wildcats for the first time.

November 10 to 12-The Military Invitational at Fort Bragg in North Carolina.

February 10- The regular season comes to an end on the road against the Georgetown University Hoyas. 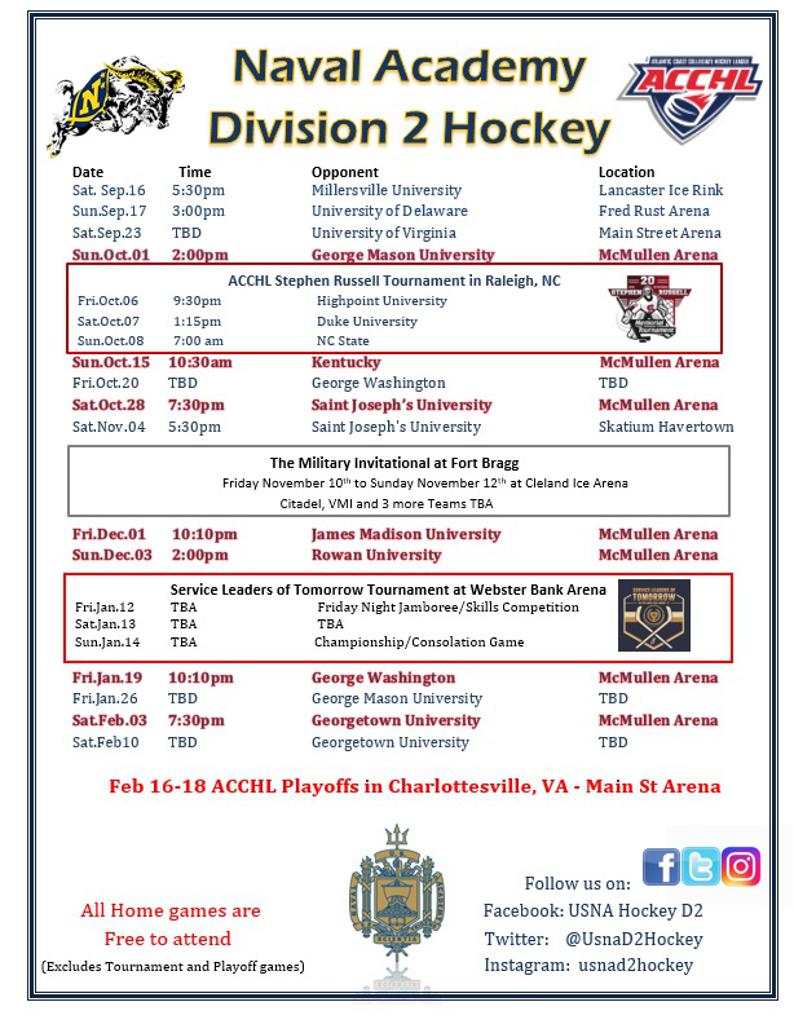