Hugelsheim, Germany: On Sunday, December 29,2019, it was ESC Hugelsheim, the Baden Rhinos, defeating Team USA Military in a charity match, 6-1. 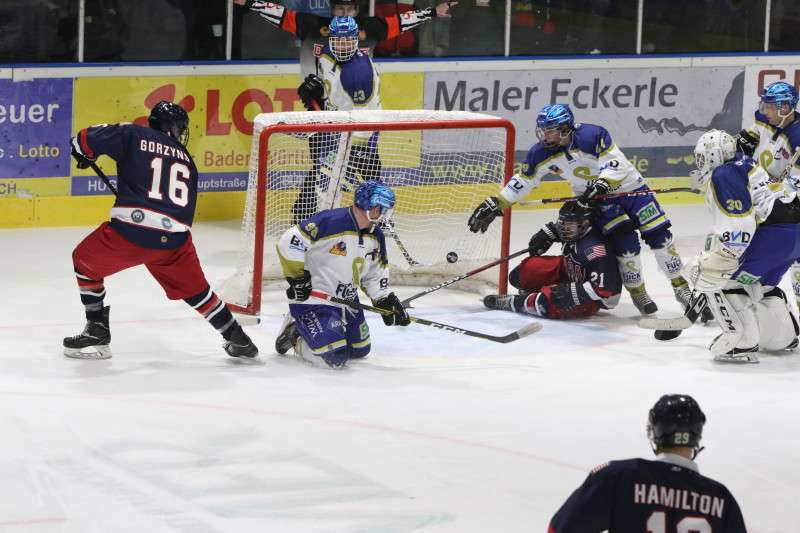 The game had over 800 fans donating money, as well as the referees, security and paramedic staff donating their earnings from the game, for a total of over 10,000 Euros. The funds are going to German Cancer Aid.

The special game worn jerseys for the Rhinos were also auctioned off during the event. The German crowd was very engaged with drums and cheering, as if at a Bundesliga match.

They were also very supportive of the USA team, including chants of USA, USA at various points of the game. After the match was over, the teams got together for a joint team photo, and then took a lap of honor, to the delight of the crowd. 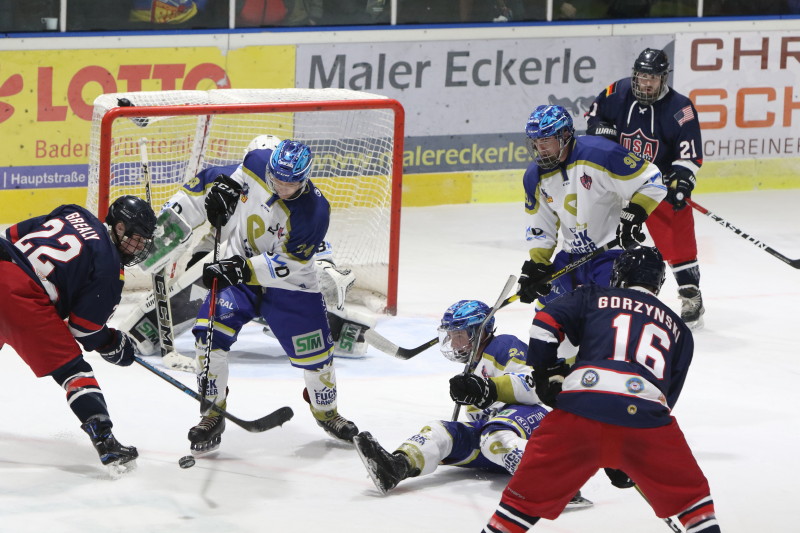 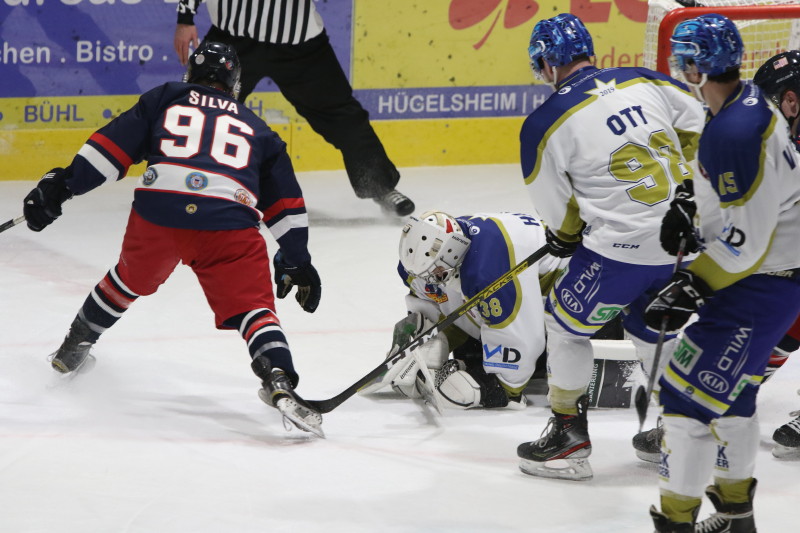 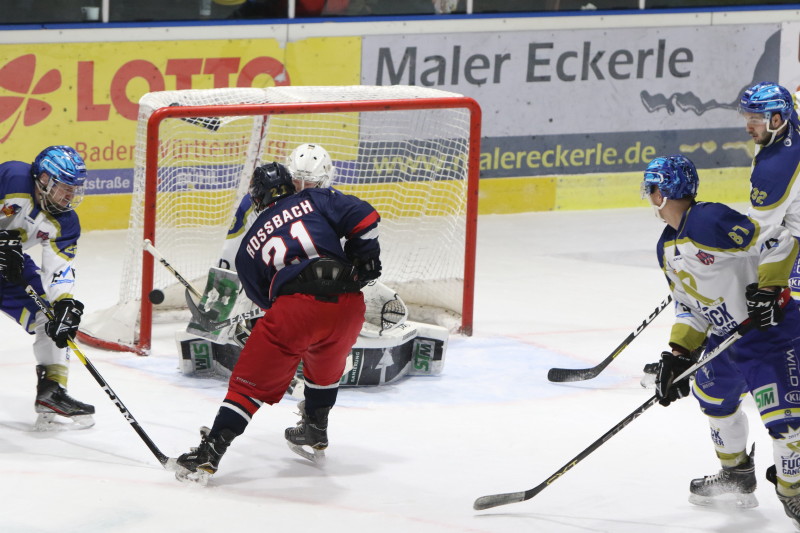 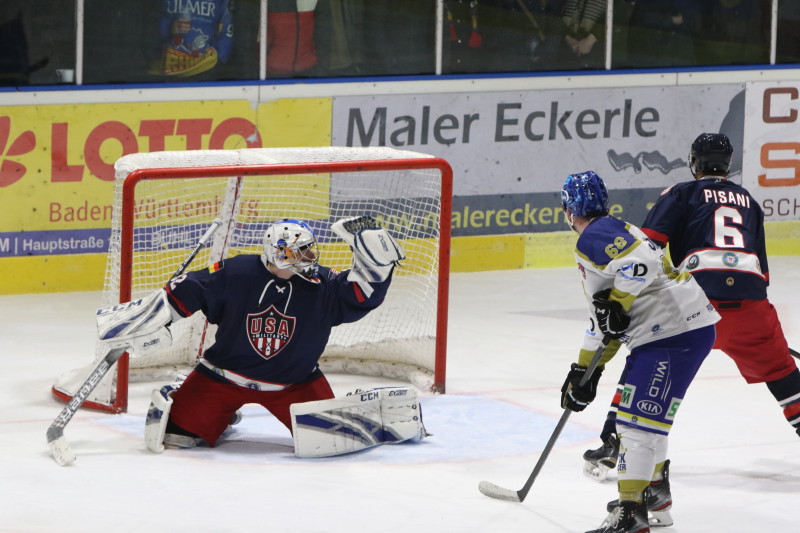 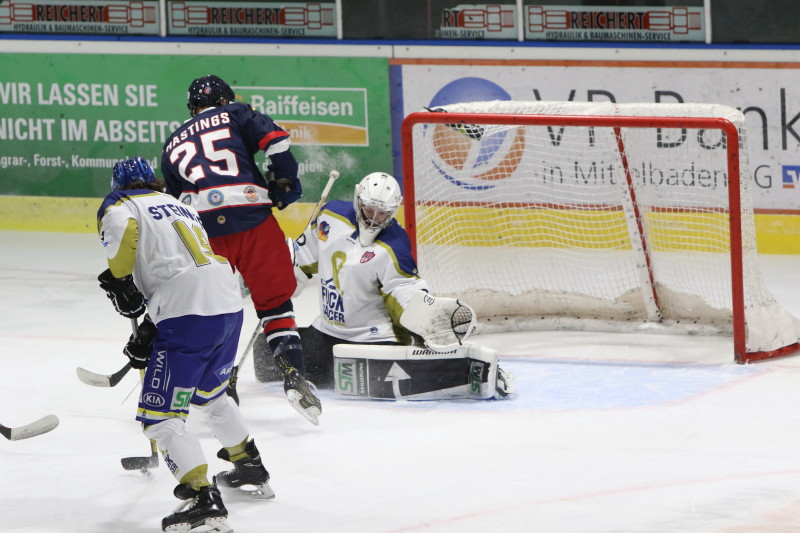 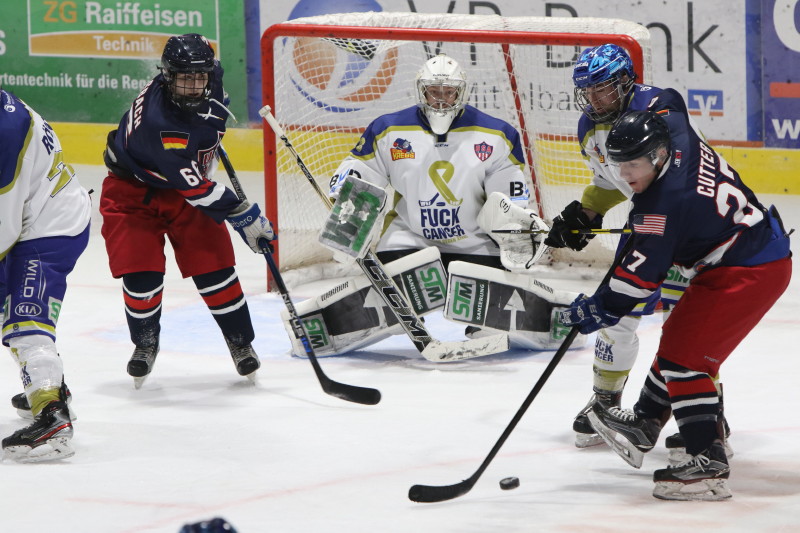 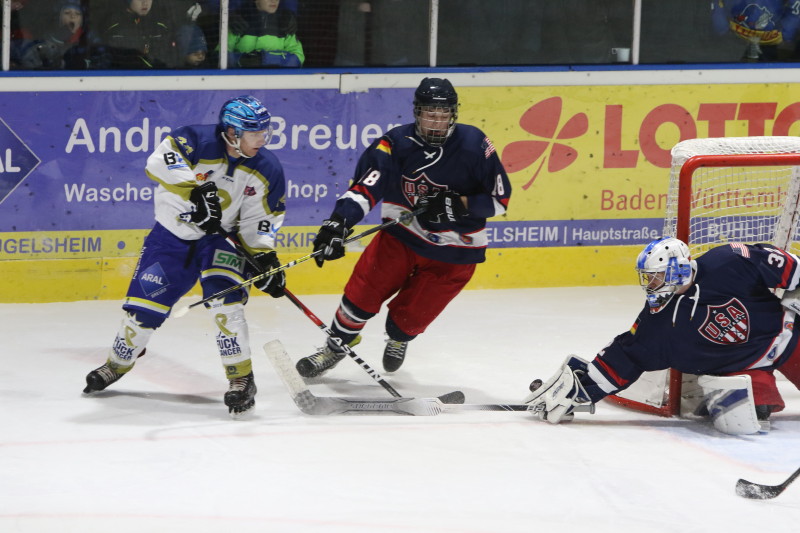 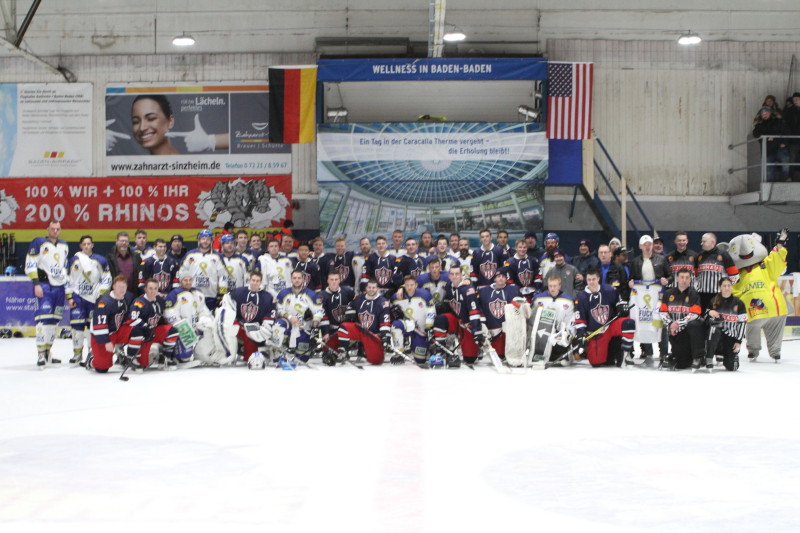 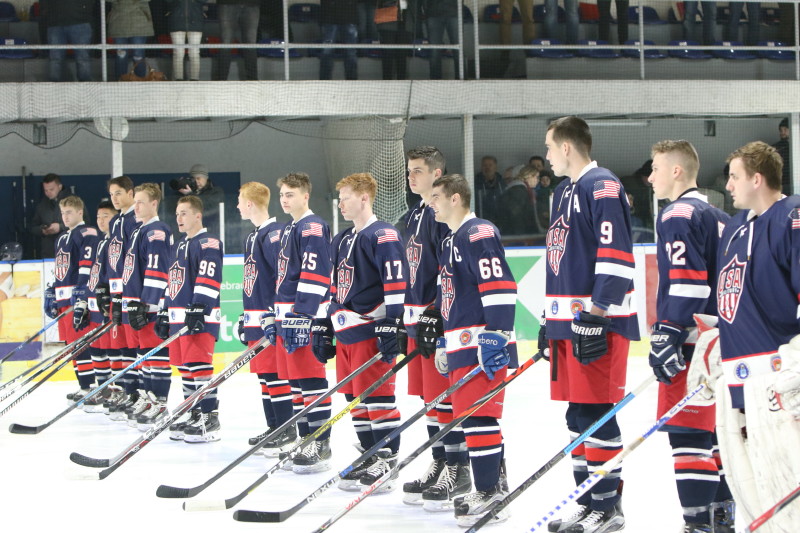 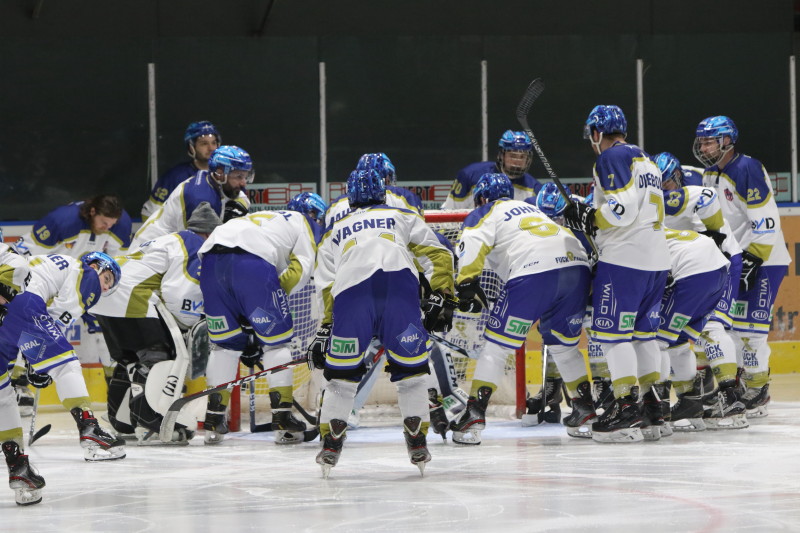 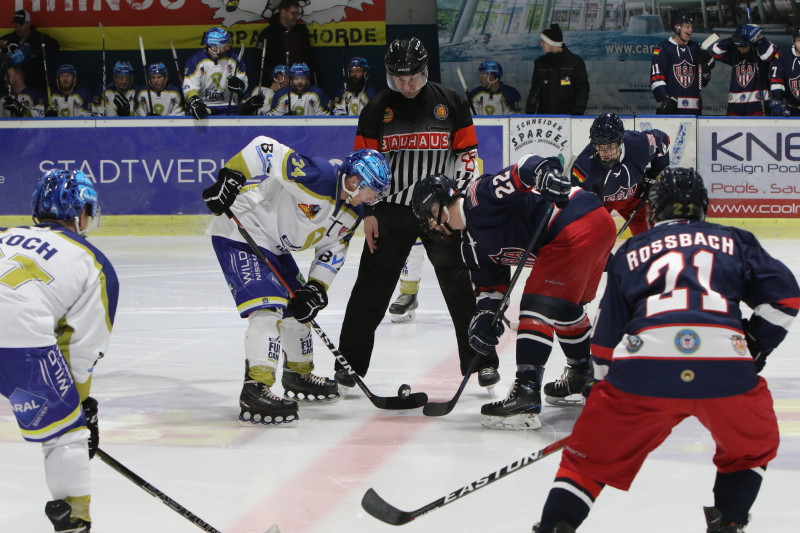 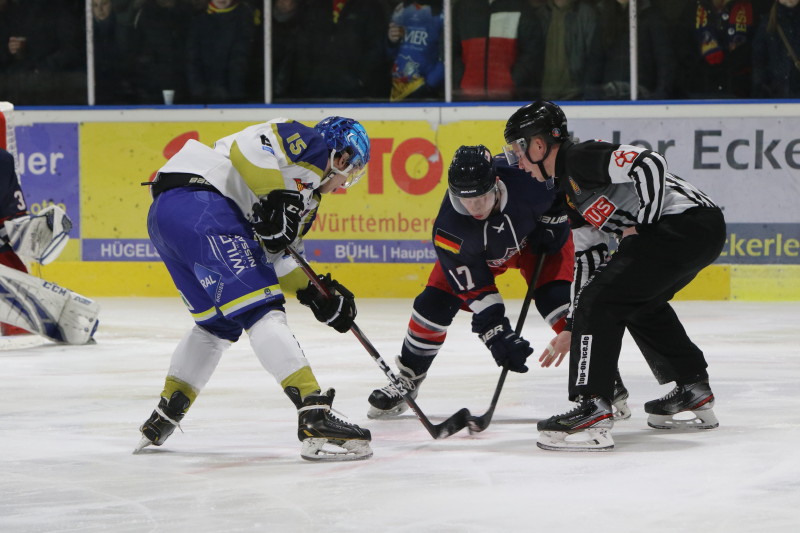 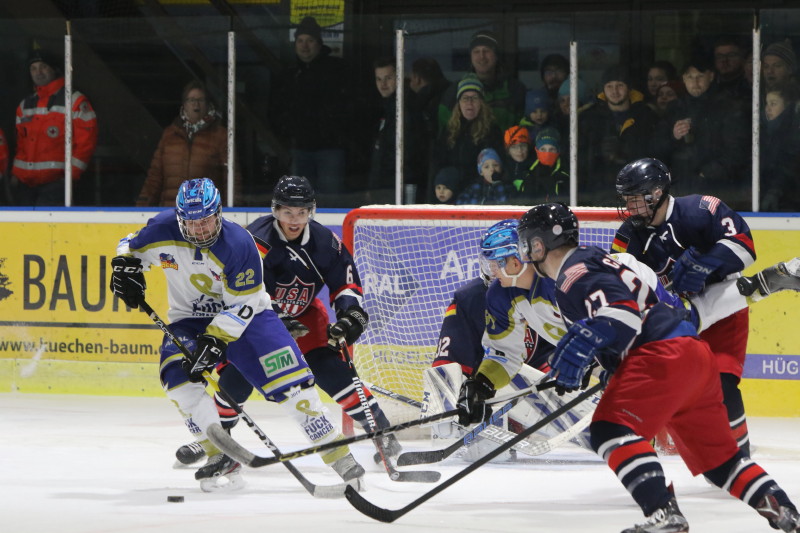 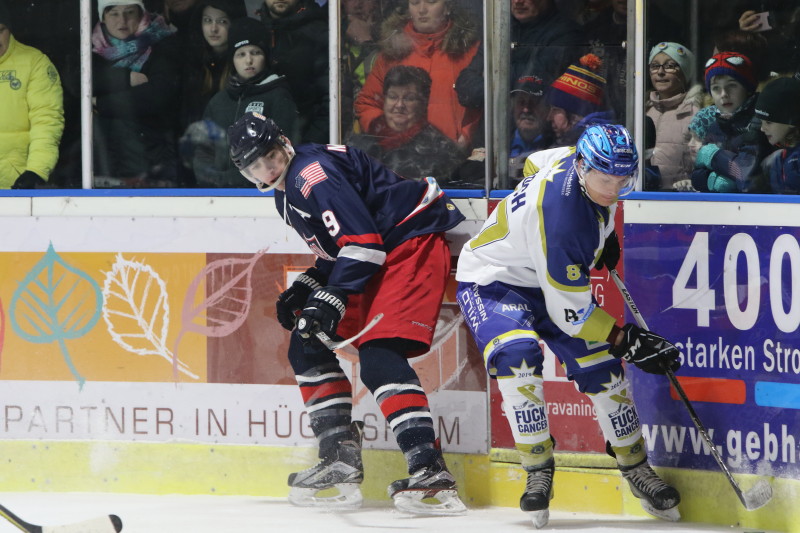 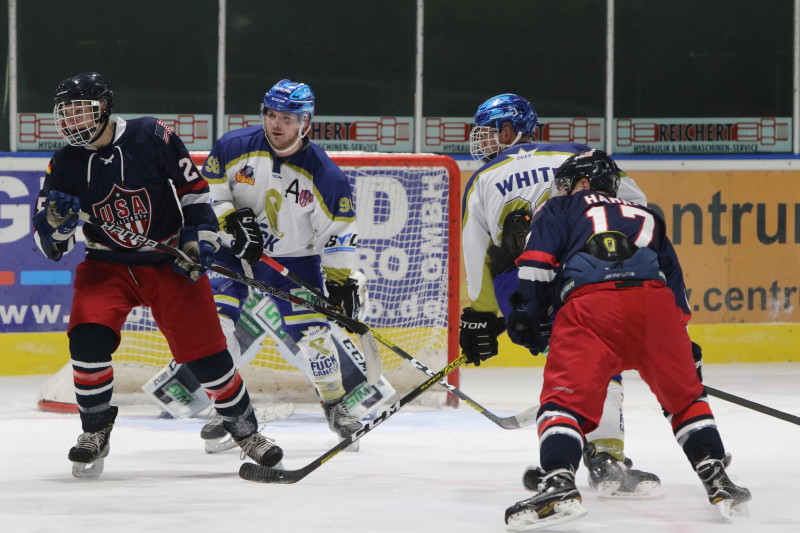 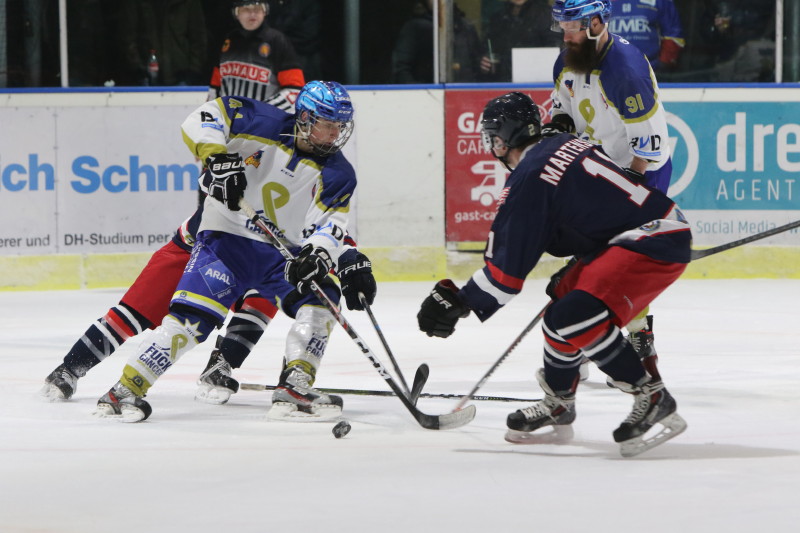 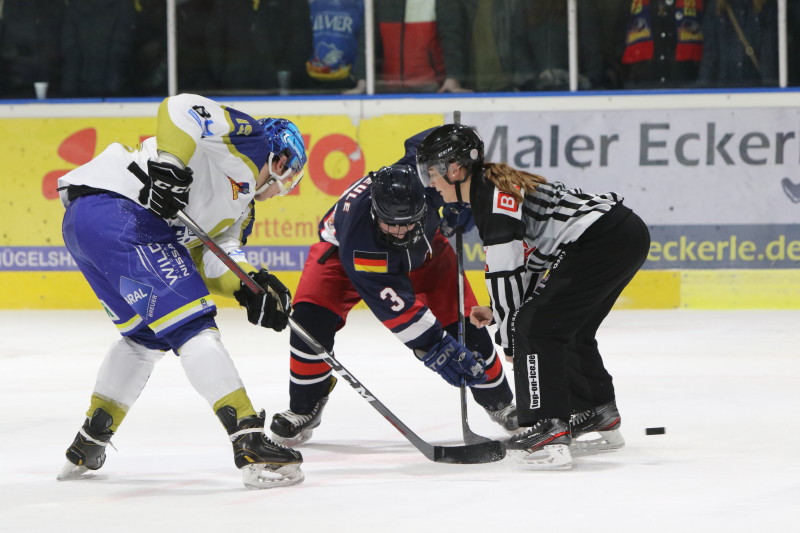 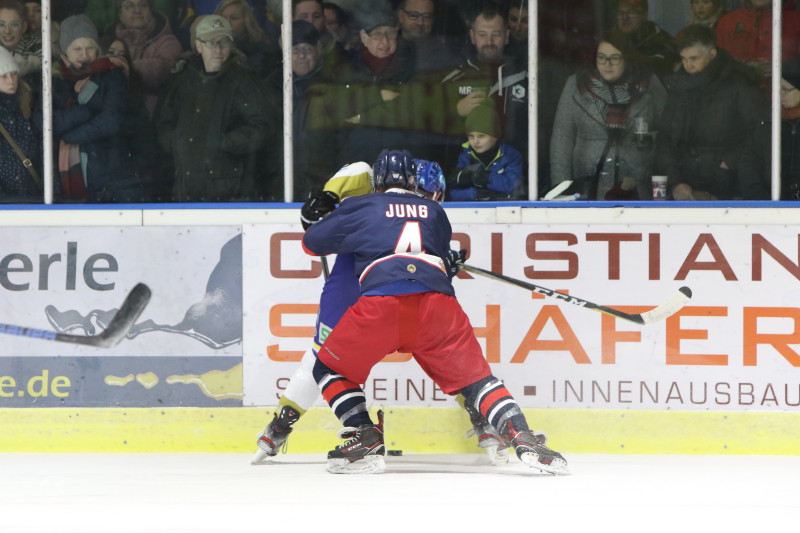 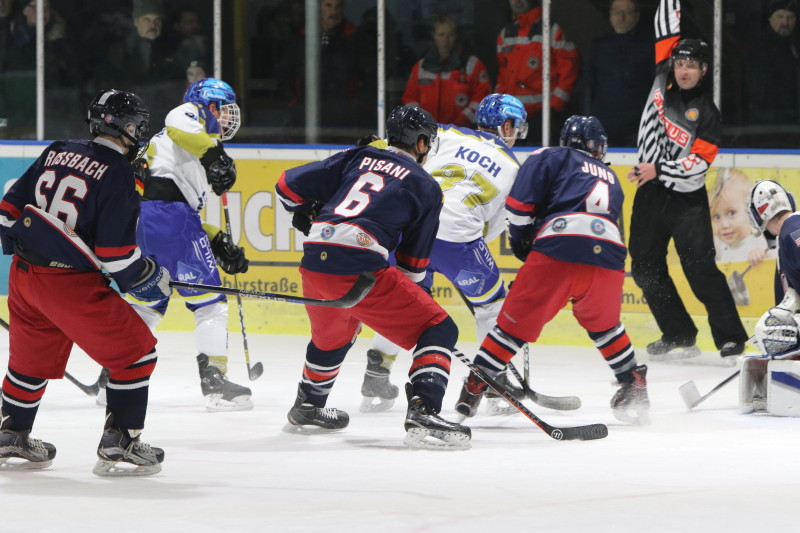 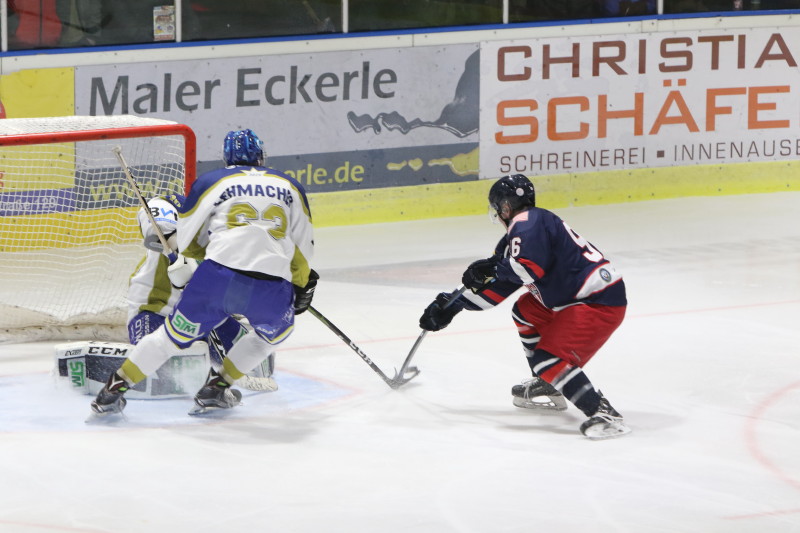 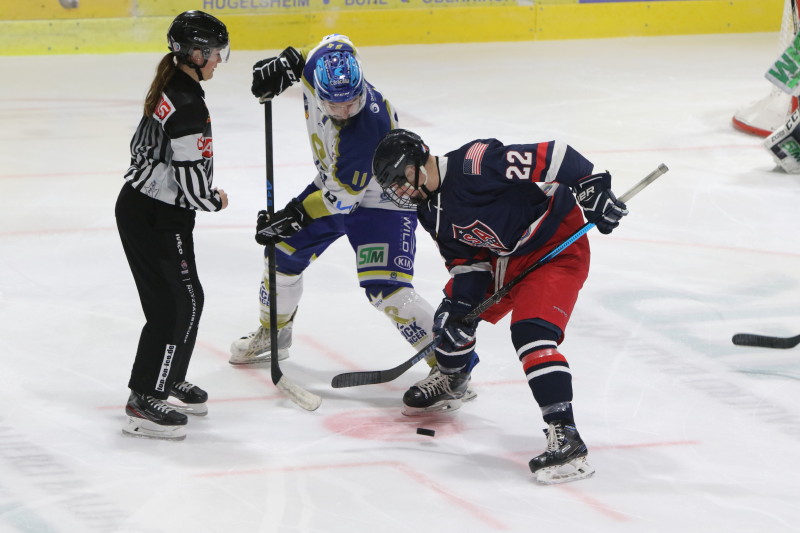 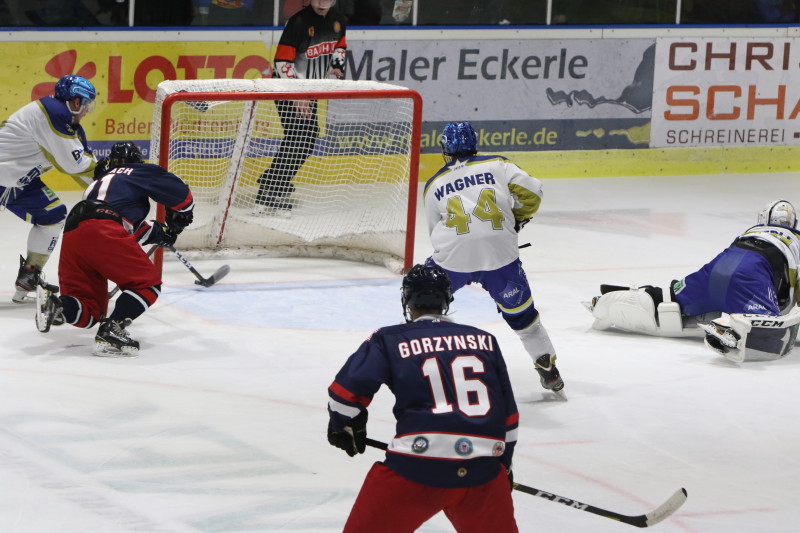 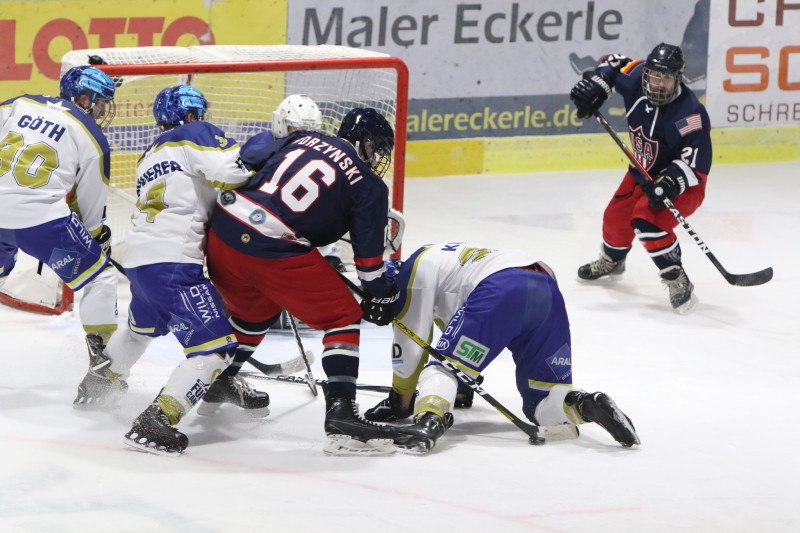