Annapolis, MD: In the second game of Hockey Night in Annapolis at McMullen Arena, it was the Navy D2 mens team defeating St. Joseph’s University 5-4. Navy led by three goals at two different points in the game, but had to survive a frantic push at the end of the game, as St. Joseph’s pulled their goalie and tried to tie the game. 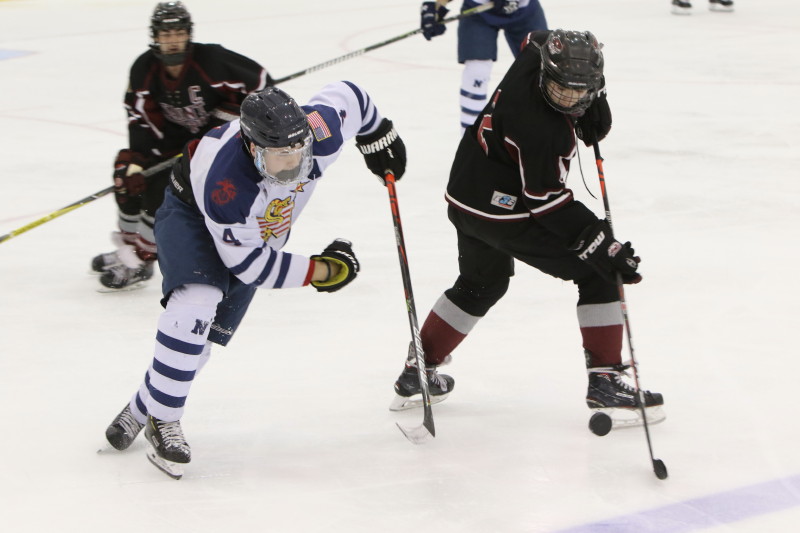 Navy’s Kevin Harris opened the scoring at 5:04 of the first period. It was Midshipman Ryan Samotis scoring a short handed goal one minute and nineteen seconds later.

Harris would score his second of the night with an assist from Jack Martensen with 2:10 remaining in the game. Less than a minute later, with 1:16 left, it was St Joseph’s Francis McVeigh with a helper from Will Egbert.

St. Joseph’s would come out strong in the second and scored a power play goal 3:42 into the period. It was Edmund Corvelli with assists from McVeigh and Cade Macbeth. Navy regained control of the game with a power play of their own at 11:33, with Luke Ostrowski scoring with help from Sal Ciolino. Navy continued their assault with 1:33 remaining when Ian Coyne scored with assists from Tom McGowan and Cullen Crowley.

Just twenty five seconds later WIll Egbert from SJU showed that the Hawks would not
give up, scoring an unassisted goal to close out the period.

At 16:51 of the third period, Egbert scored again, bringing excitement to the visiting teams bench. Navy was able to survive a push by St. Joseph’s after they pulled their goalie, while hanging on for the victory.

Naval Academy goalie Will Sheldon made 28 saves on 32 shots, while his St. Joseph’s counterpart made 30 saves on 35 shots. 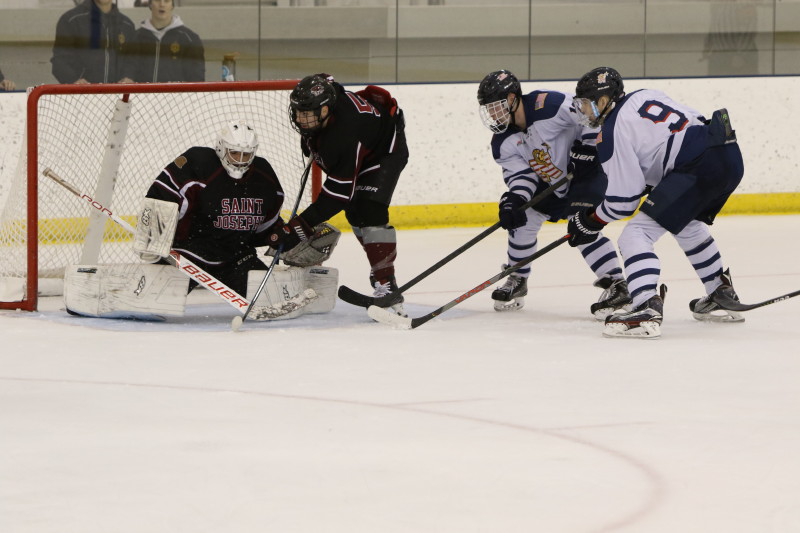 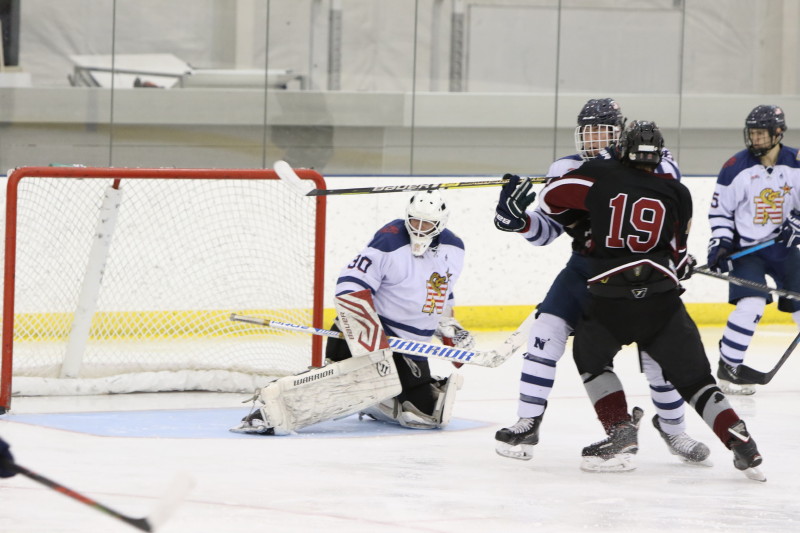 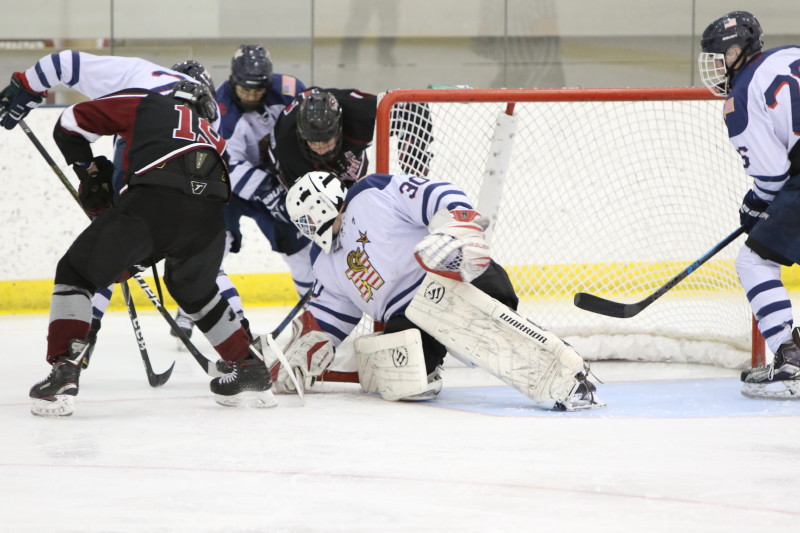 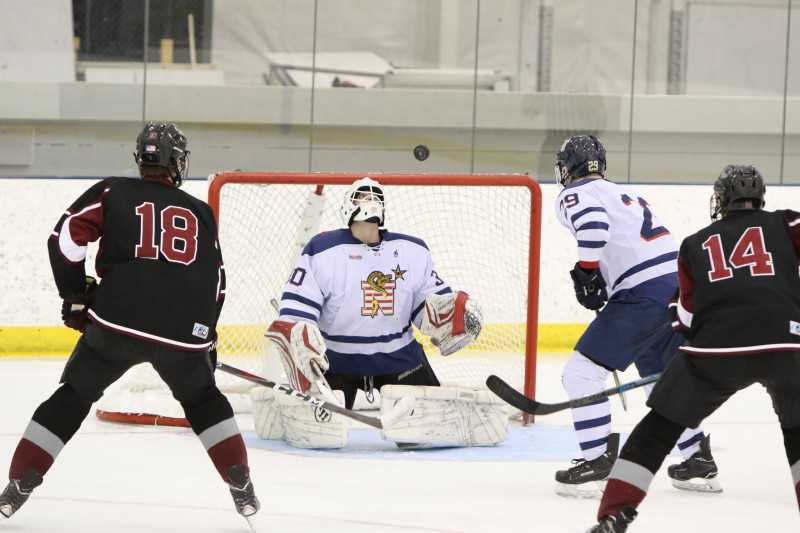 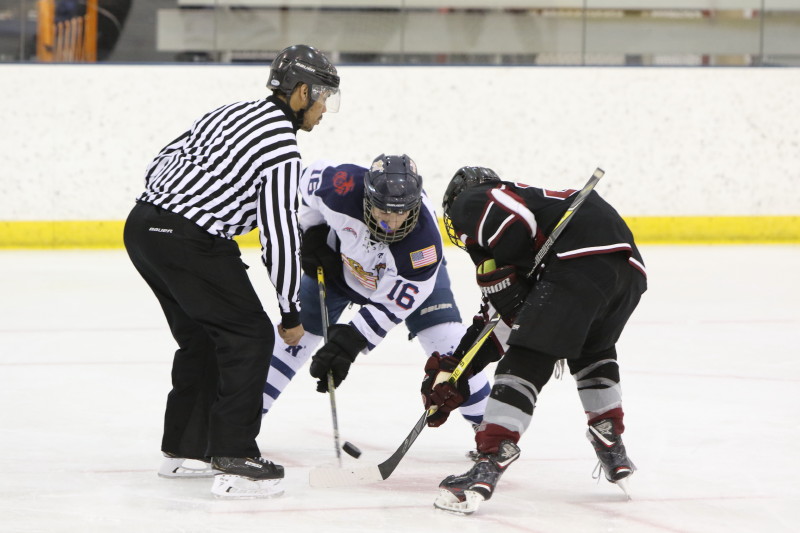 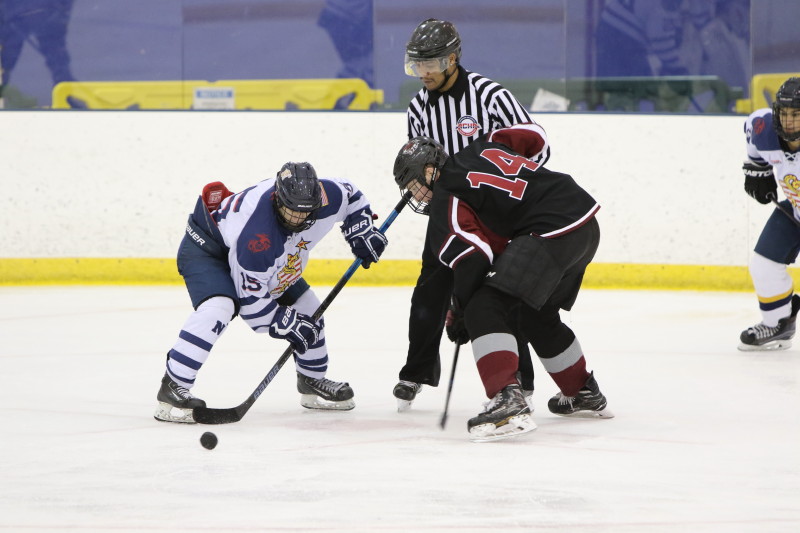 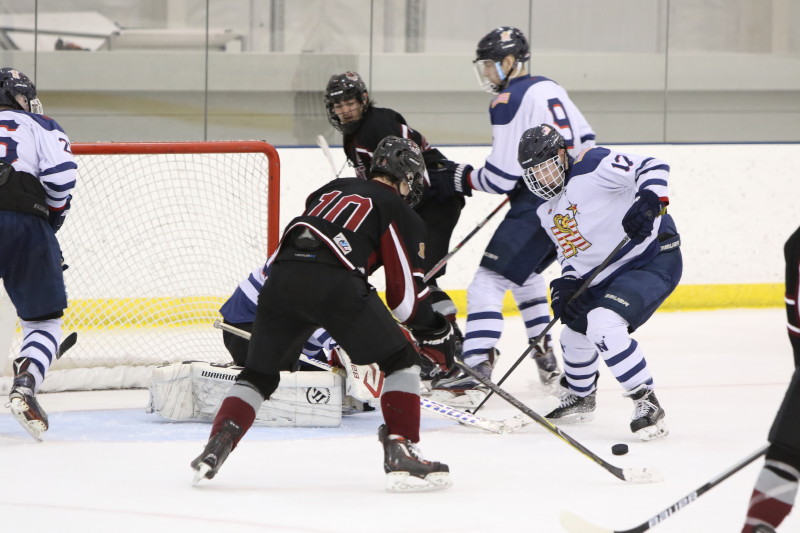 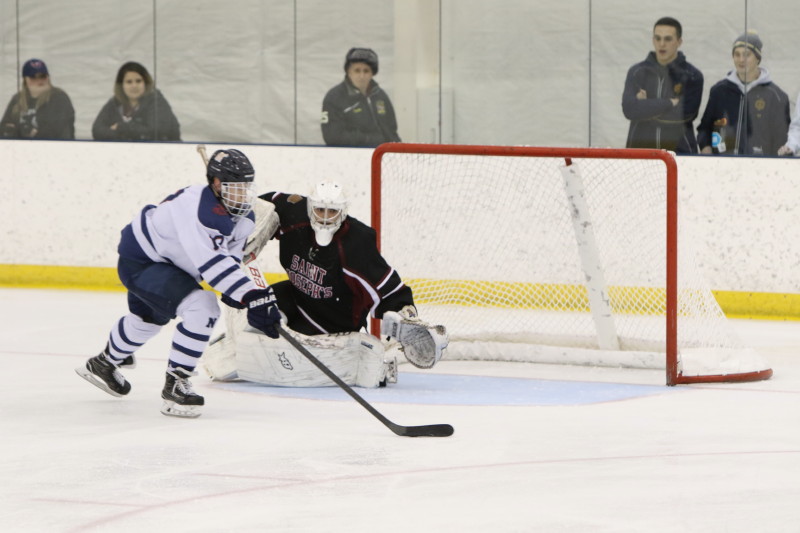 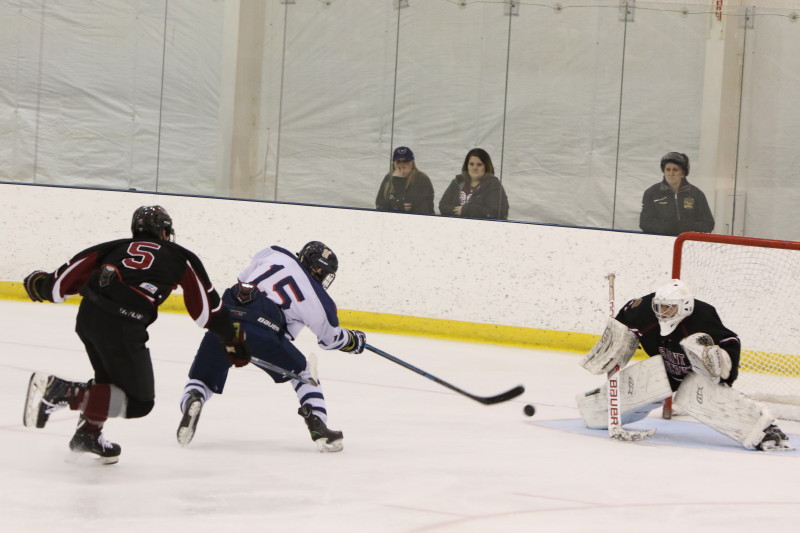 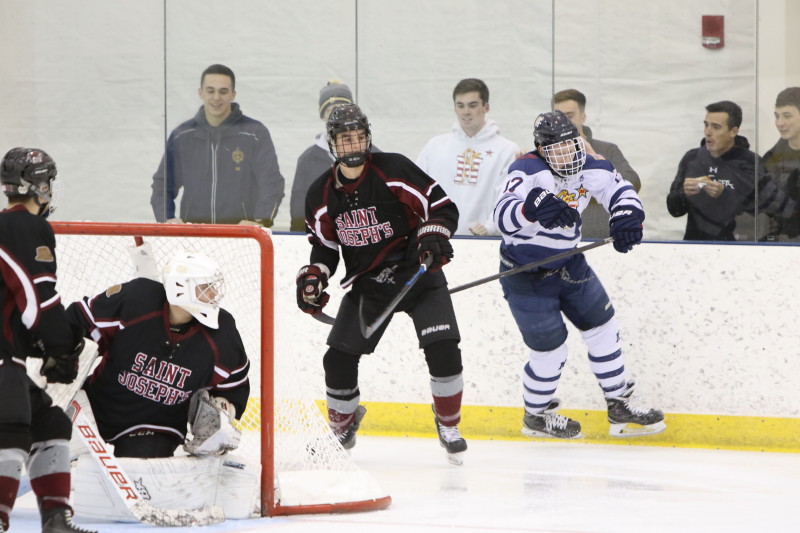 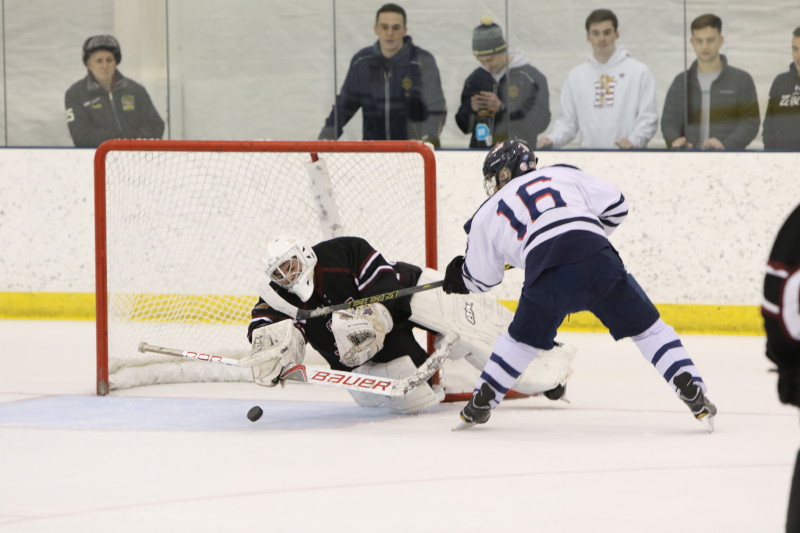 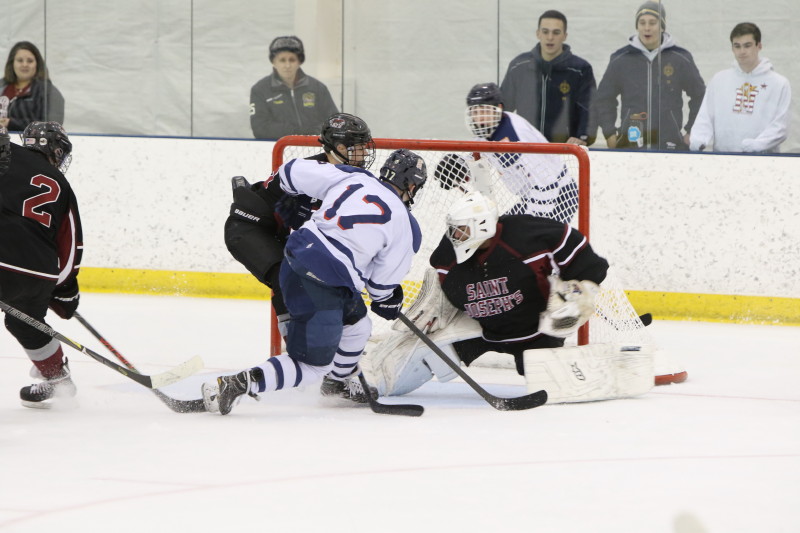 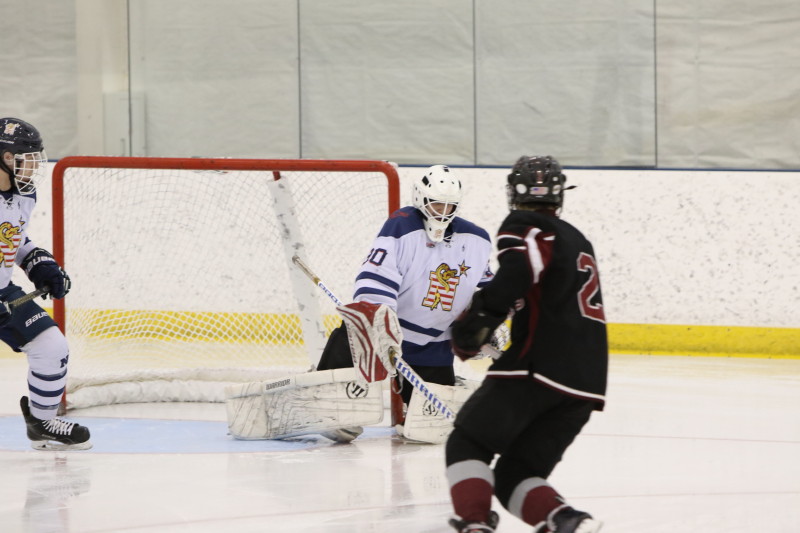 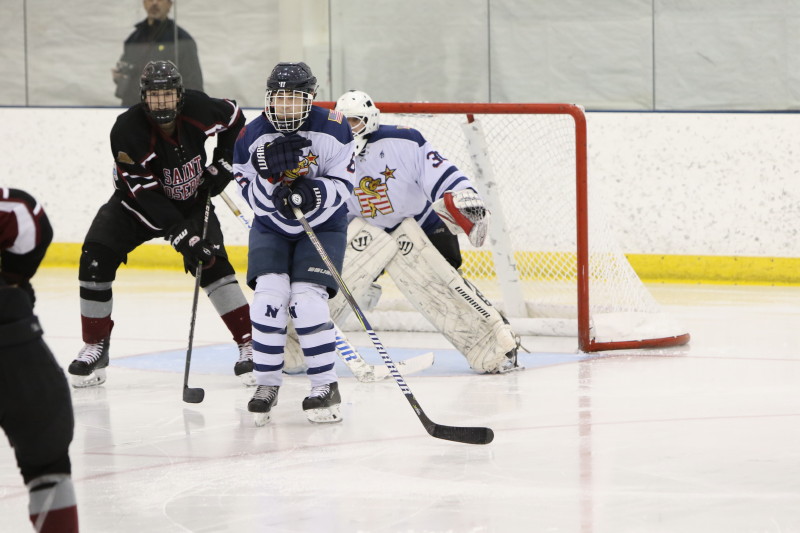 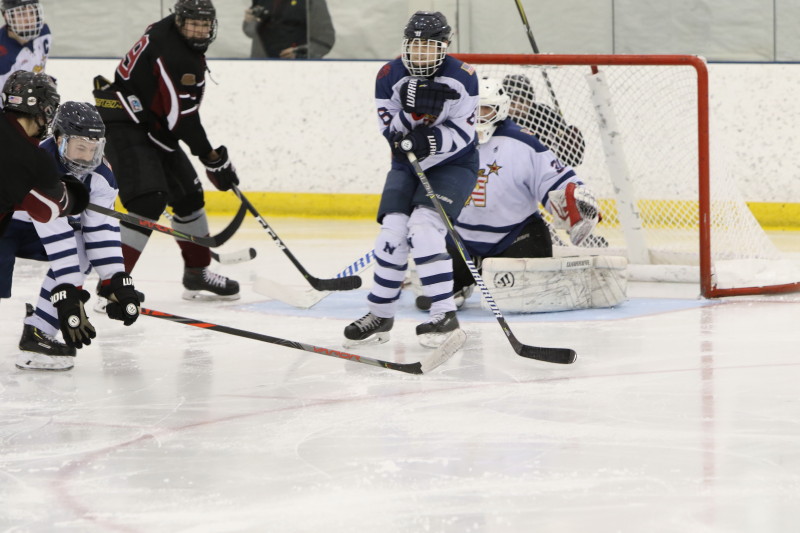 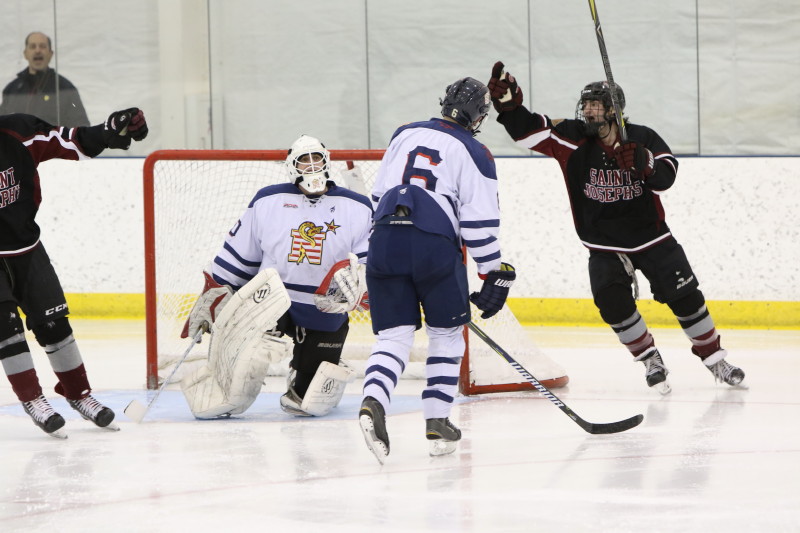 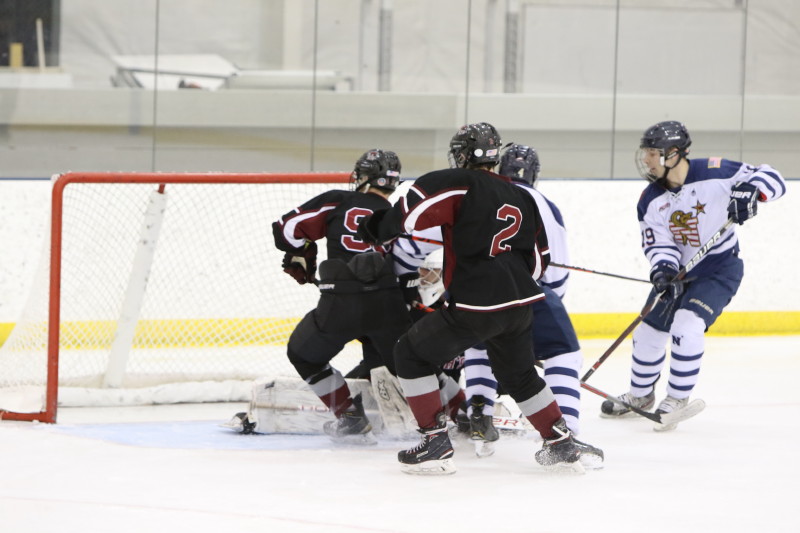 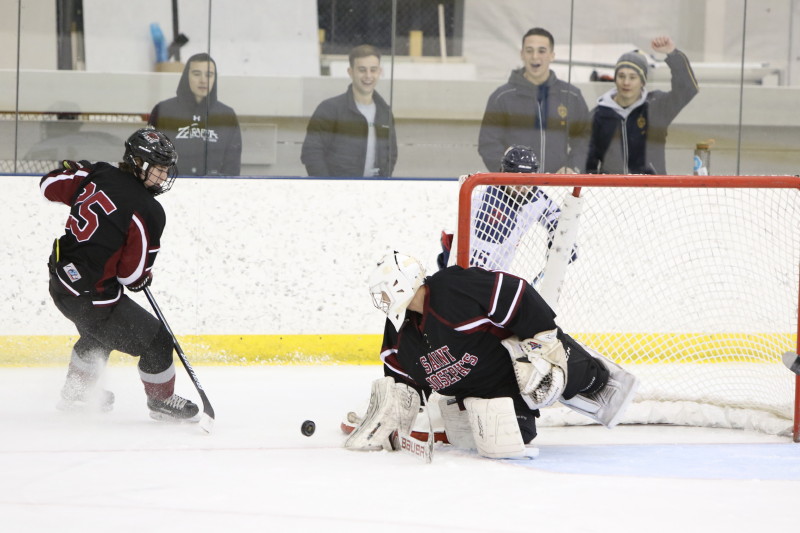 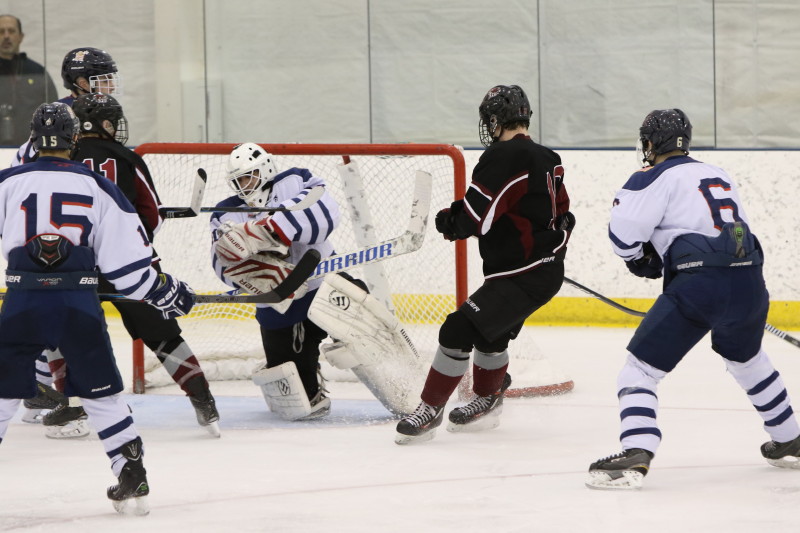