Navy Defeats The Citadel in a Service Academy Battle

ANNAPOLIS –  The United States Naval Academy Midshipmen defeated The Citadel Bulldogs by a score of 8-1 on Saturday night at McMullen Arena in Annapolis, MD. The game was the first of two between the two teams, who are somewhat familiar with each other, as players from both teams have traveled with Team USA Military on their European tours the last two seasons. It was also senior night for Navy. The following Midshipmen were honored on senior night: Jack Martensen, Tom McGowan, Cameron Dean, Luke Ostrowski, Jack McLaughlin, Sal Ciolino and Tyler Chema. 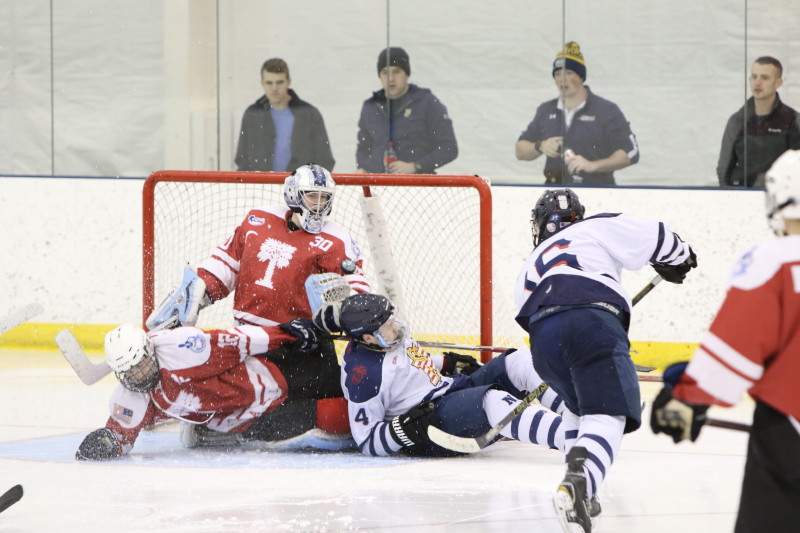 Navy got on the board first at 13:32 when Connor Banrjee took a feed from Lincoln Jones. Kevin Harris was next to score for Navy with Jack McLauglin getting the assist at 14:08.  With just 10.6 seconds remaining, Lincoln Jones put the Midshipmen up by three with assists from Cullen Crowley and Ryan Samotis.

The second period saw only one goal, and unassisted goal by Tom McGowan.

The third period started quickly for Navy, as senior Cameron Dean bagged two goals at 1:30 and 5:00. Owen Norton extended the lead with a goal set up by McGowan at 8:02. Navy’s Jones got the final Navy goal of the night at 10:41. Skyler Rossbach of the Citadel would take the shutout away from Navy at 13:37. 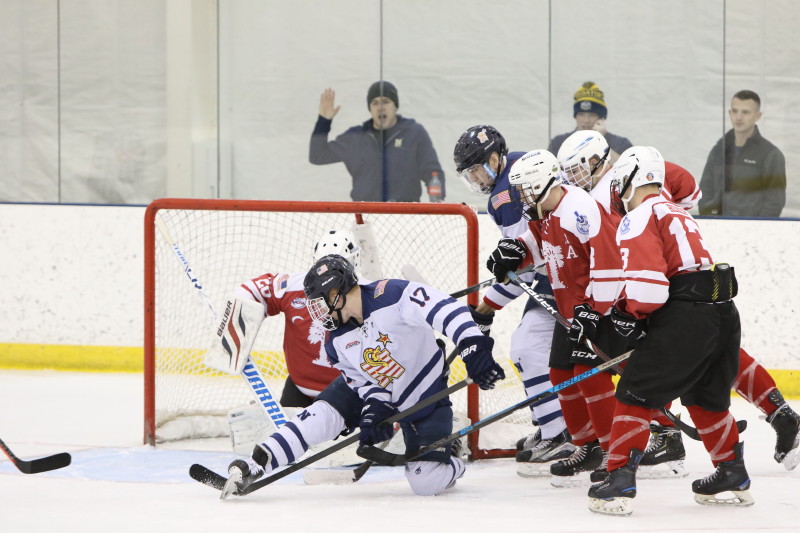 Will Sheldon made 12 saves on 13 shots, while The Citadels goalie tandem of William Daniel and Chris Gamba stopped 42 of 50 shots faced.

The two teams were back on the ice less than twelve hours after Saturday’s game ended. It was Navy taking that game by a score of 7-4. 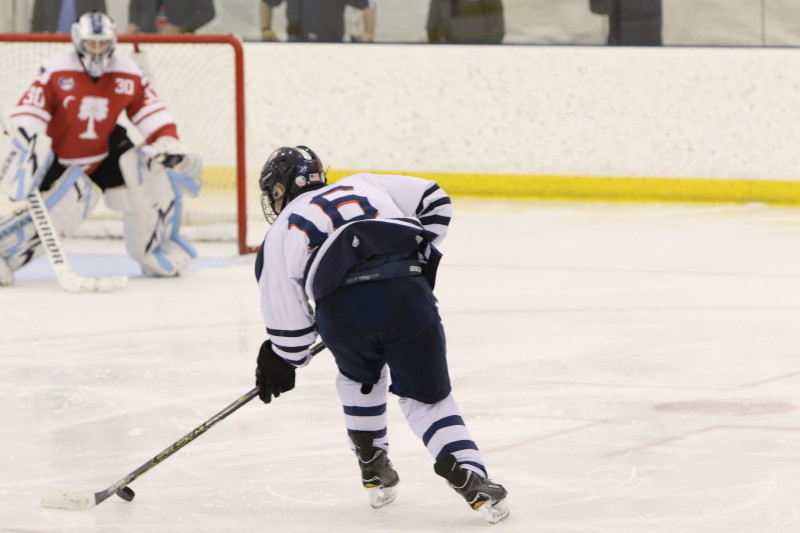 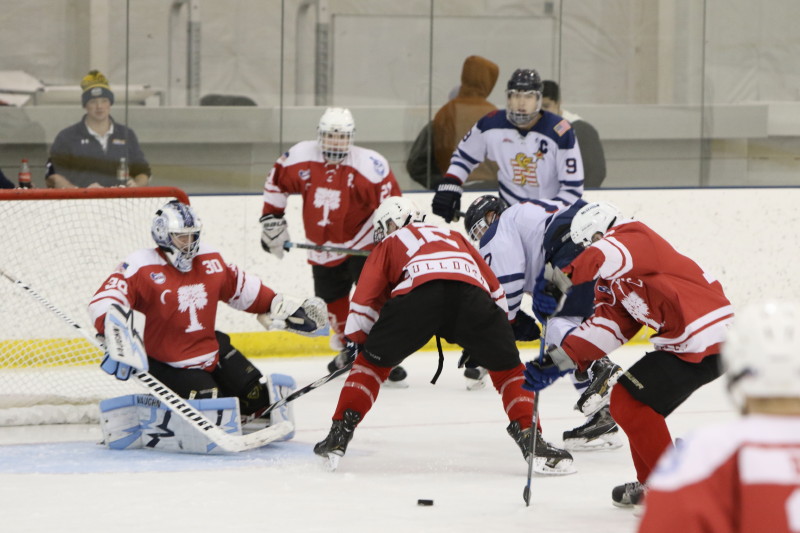 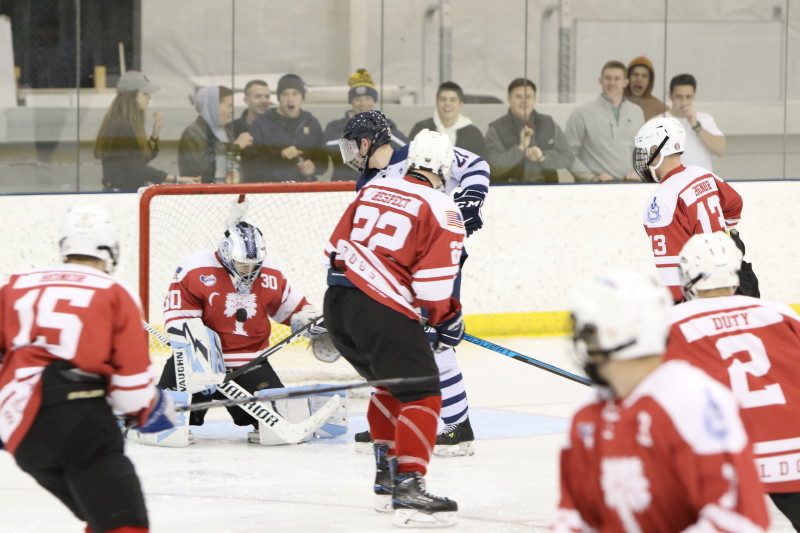 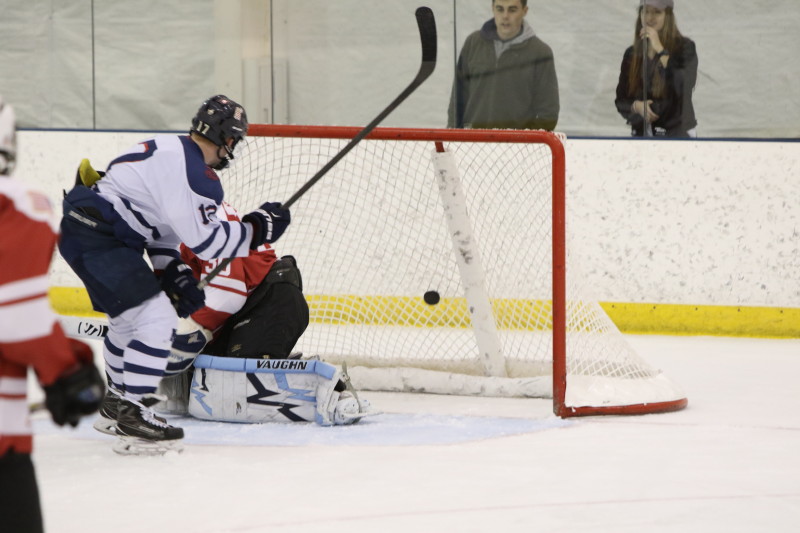 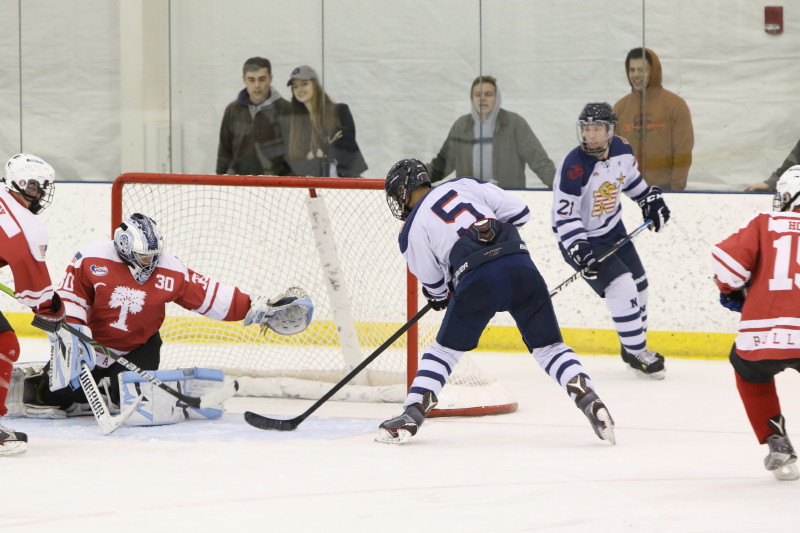 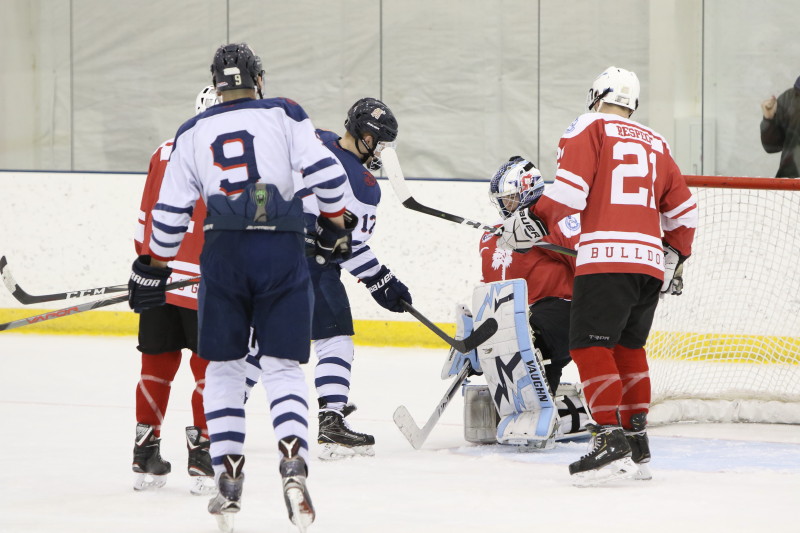 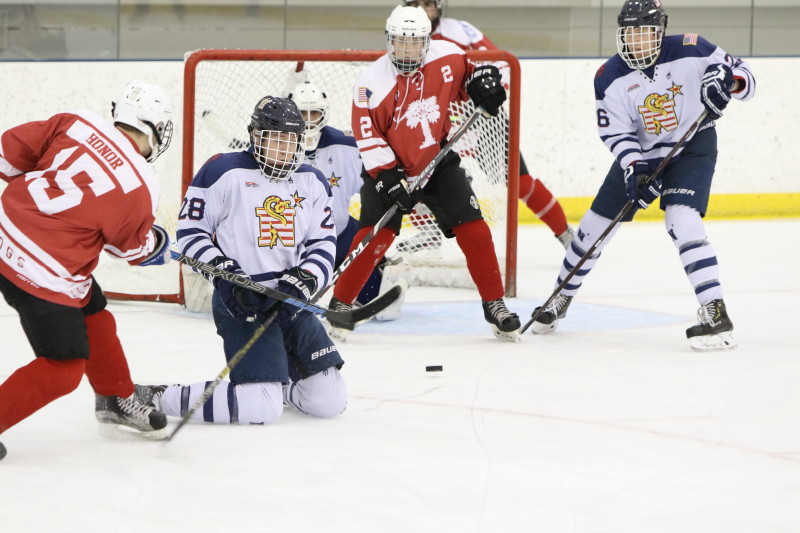 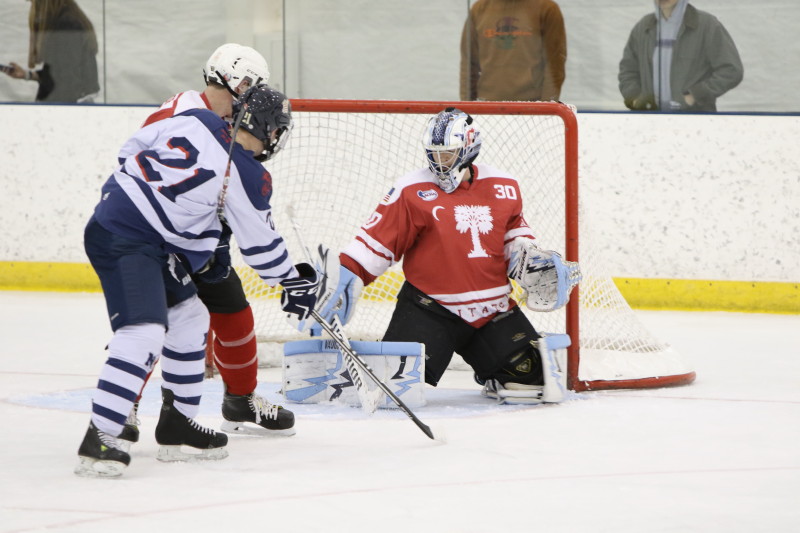 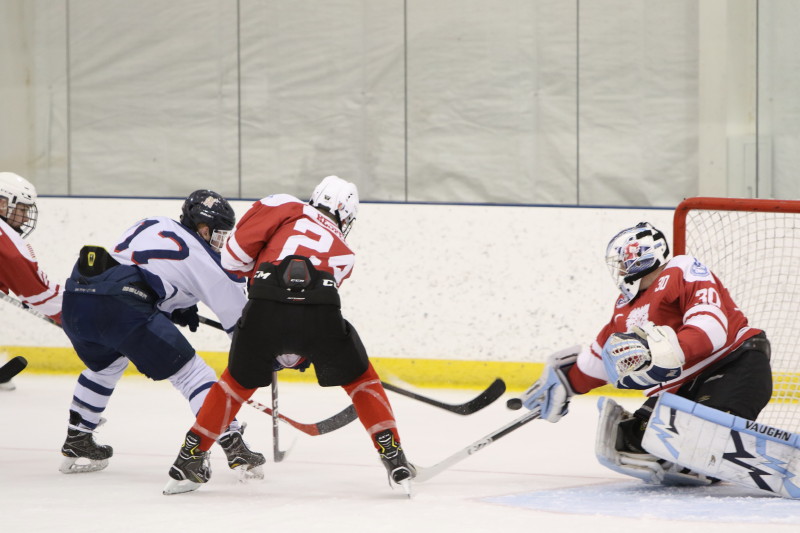 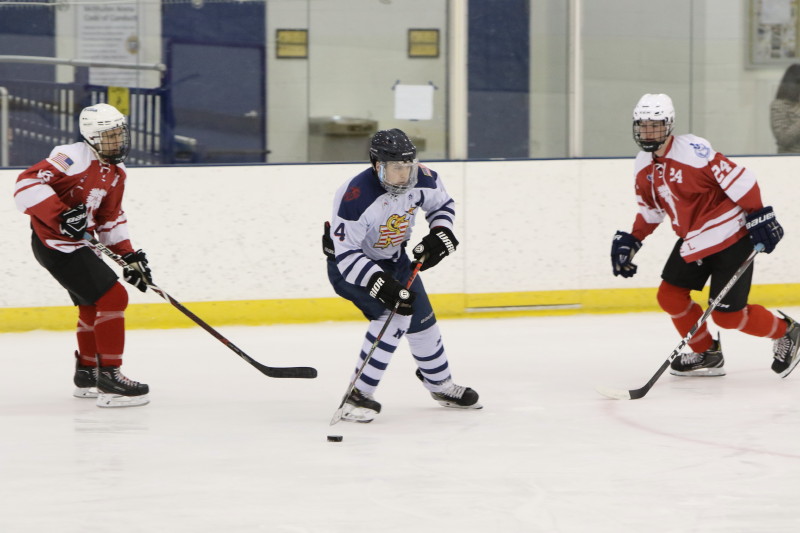 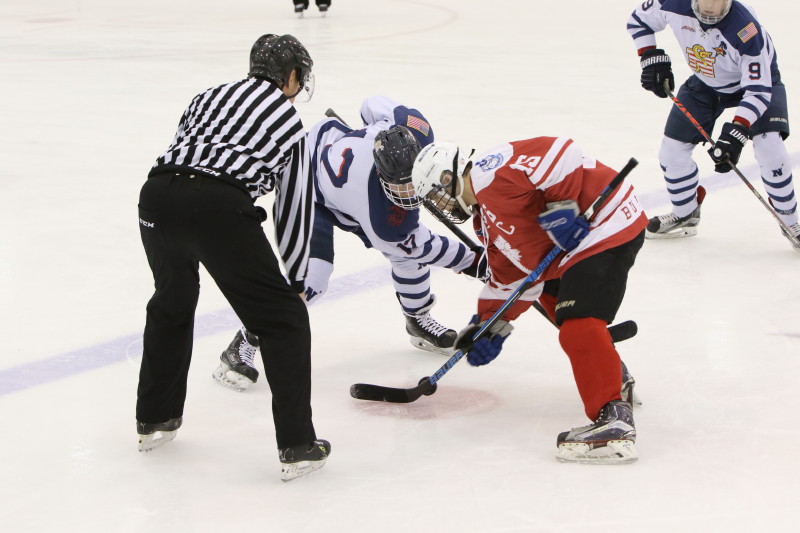 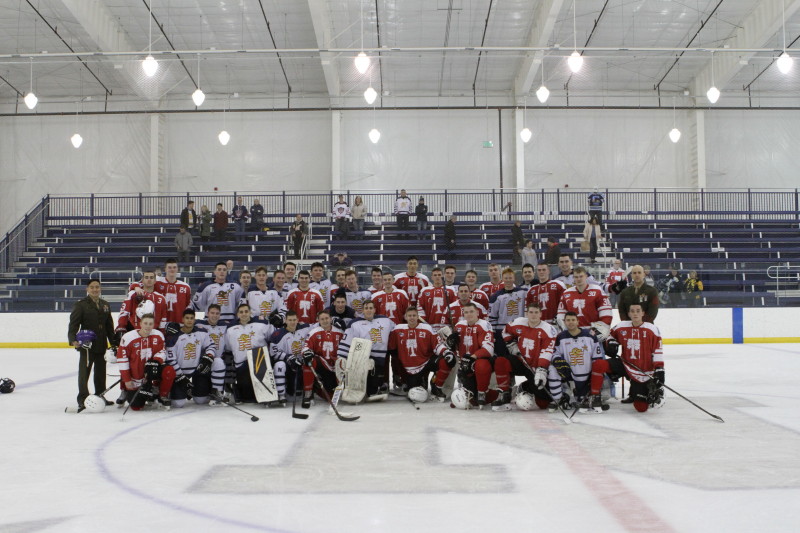 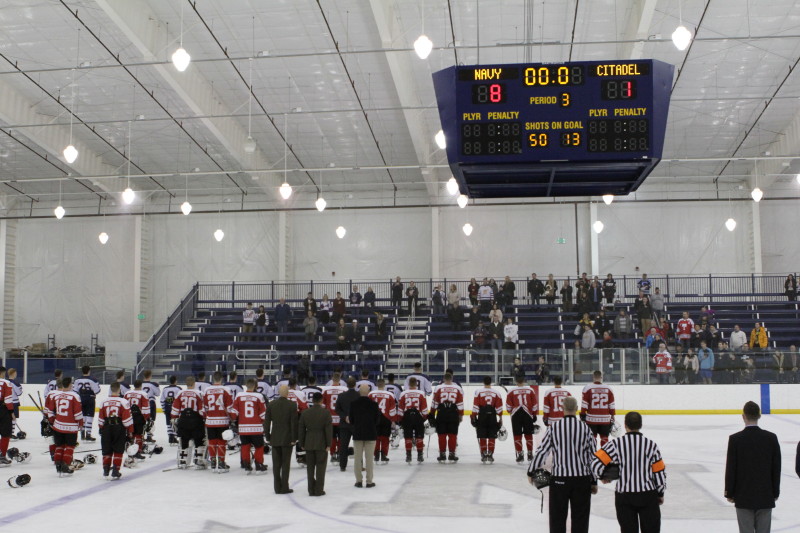 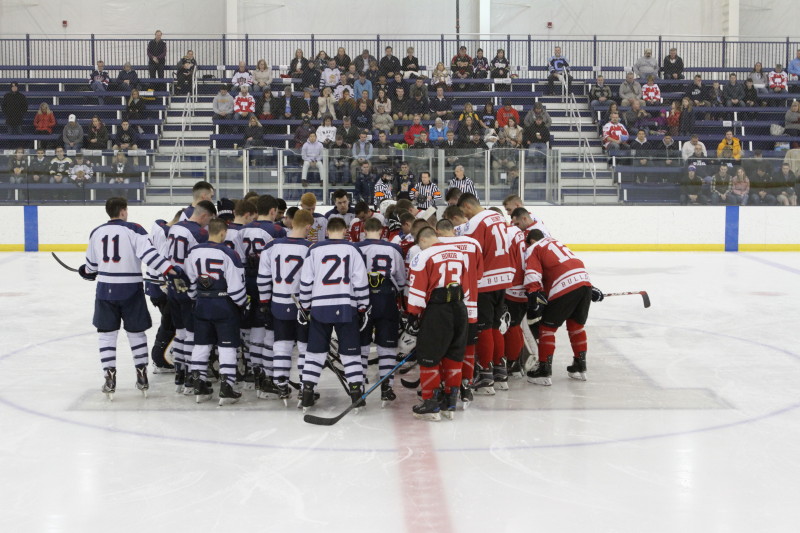 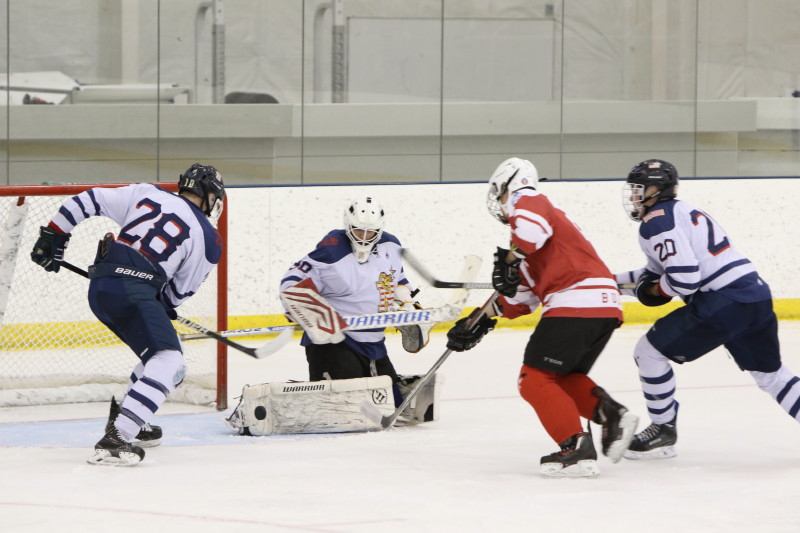 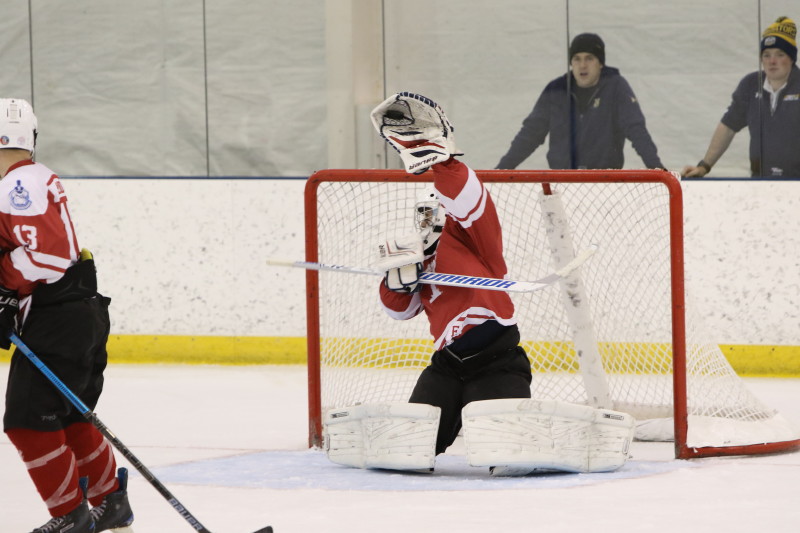 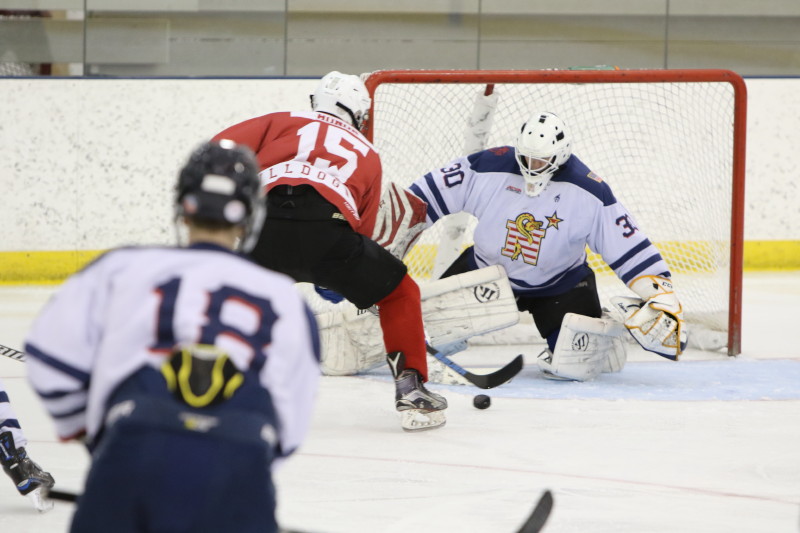 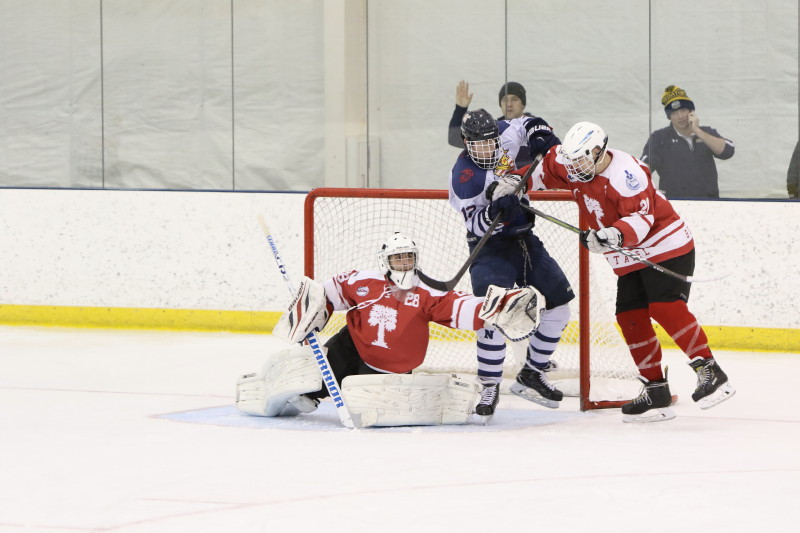