ANNAPOLIS, MD: On Friday evening, the United States Naval Academy Midshipmen took on the #22 ranked Drexel Dragons at McMullen Arena in Annapolis, Maryland. In a tightly contested match, it was the Midshipmen coming out on top with a 2-1 victory. 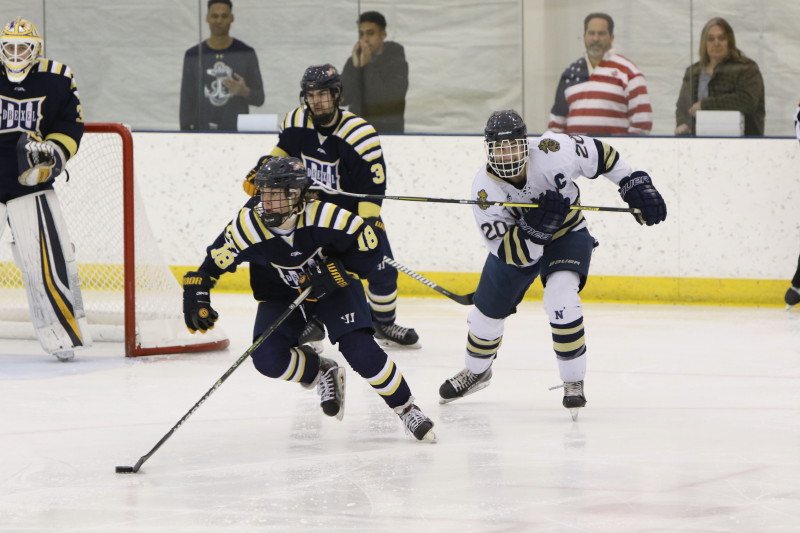 The Midshipmen scored the first goal of the game at 8:50 when Joe Walton  got on the board with assists coming from Conner Hyden and Joe Kelly. The Dragon’s fired 19 shots on goal to only 3 for Navy.

Drexel would tie the game just 48 seconds into the second period. Mike Churchvara got the goal with an assist from James Schickling. Navy’s Conner Hyden would score to retake the lead at 4:09, with helpers coming from Joe Kelly and Derek Golembrosky. The second period saw Drexel continue to put pucks on the net as they fired 17 more shots, while Navy put 11 shots on goal.

While the third period was scoreless, there was plenty of action, as Drexel fired 22 shots on goal. The Dragon’s also lifted their goalie with approximately two minutes remaining, only to come up empty handed.

The story of the game was Navy goaltender Charles Doherty making 57 saves on 58 shots, while Jeremy Wik saved 20 of Navy’s 22 shots. All of the evenings goals were even strength and there were only five minor penalties between the two teams. 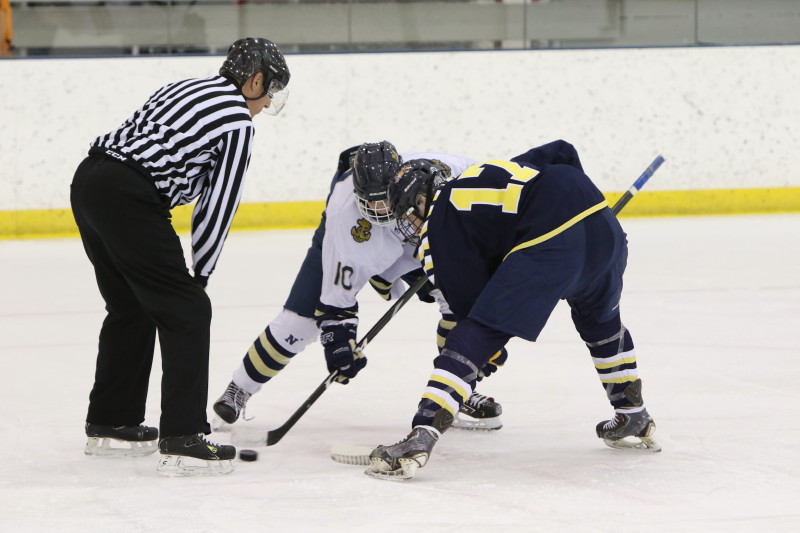 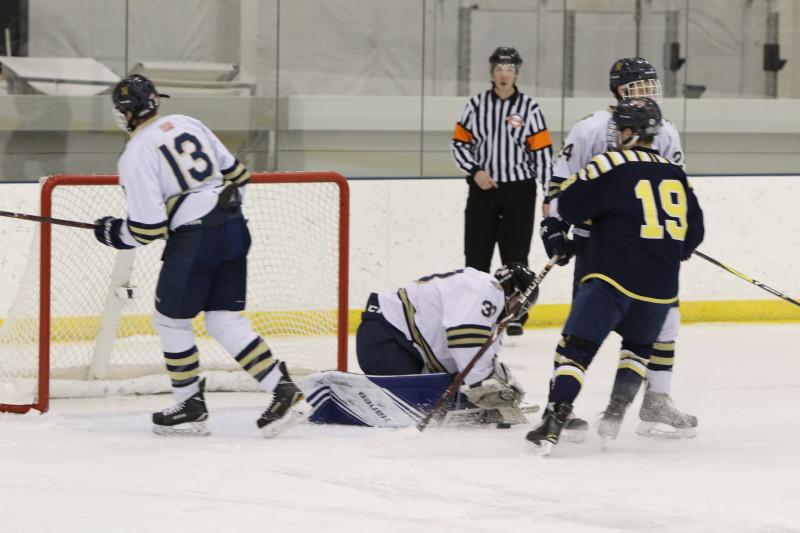 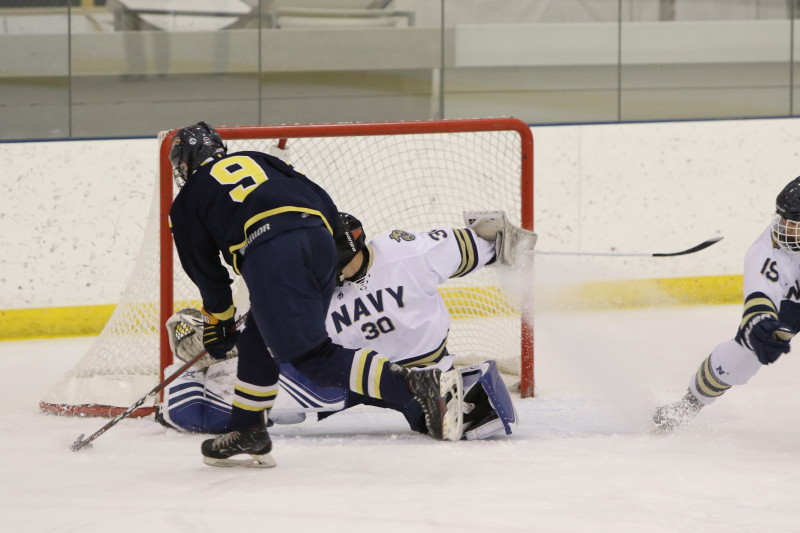 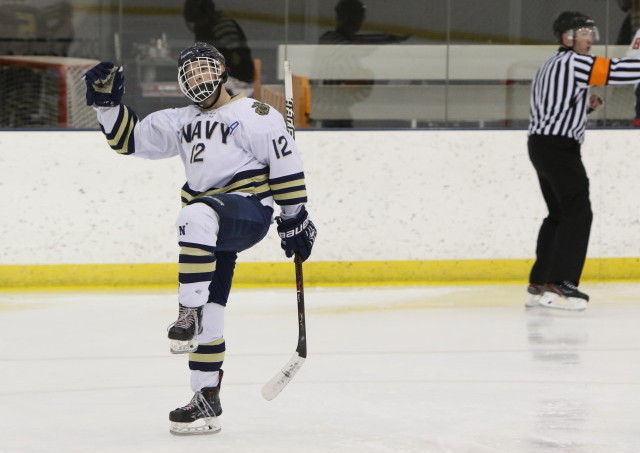 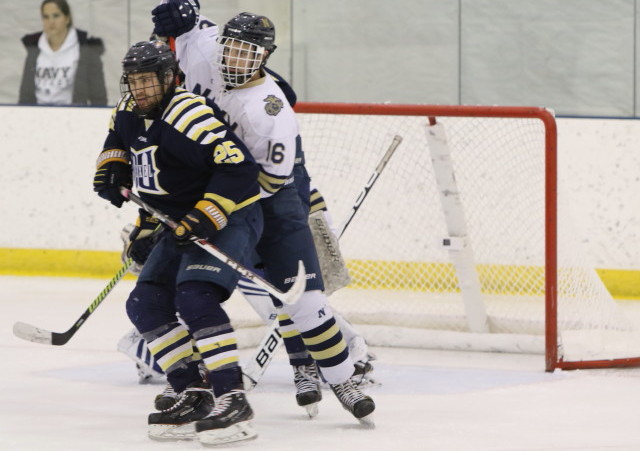 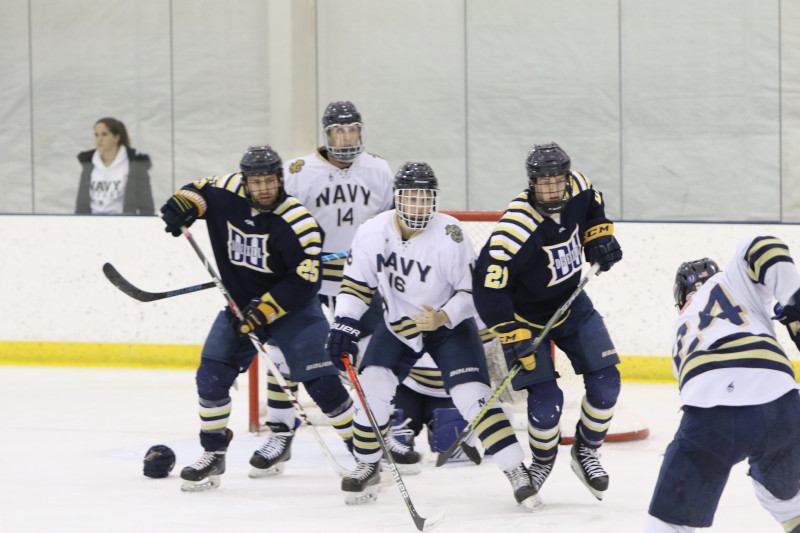 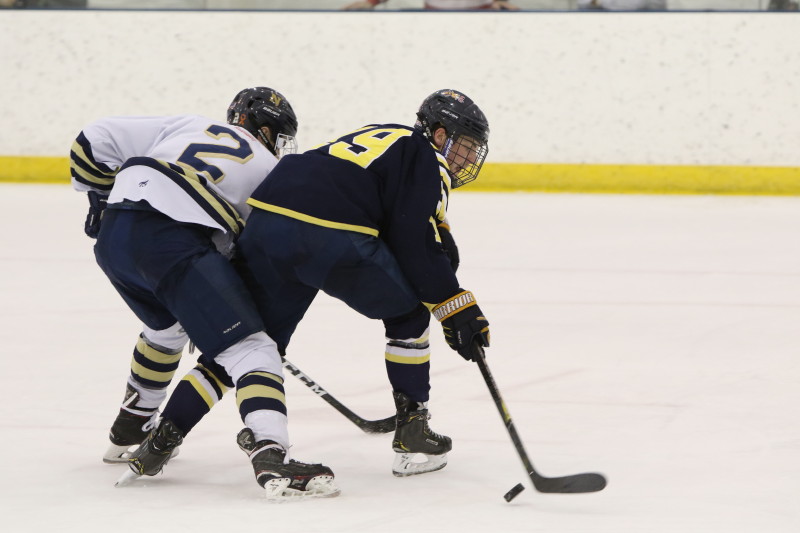 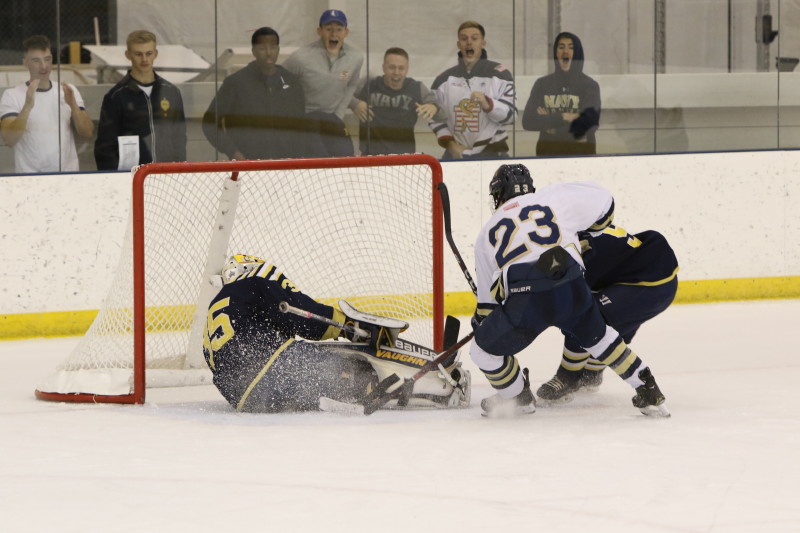 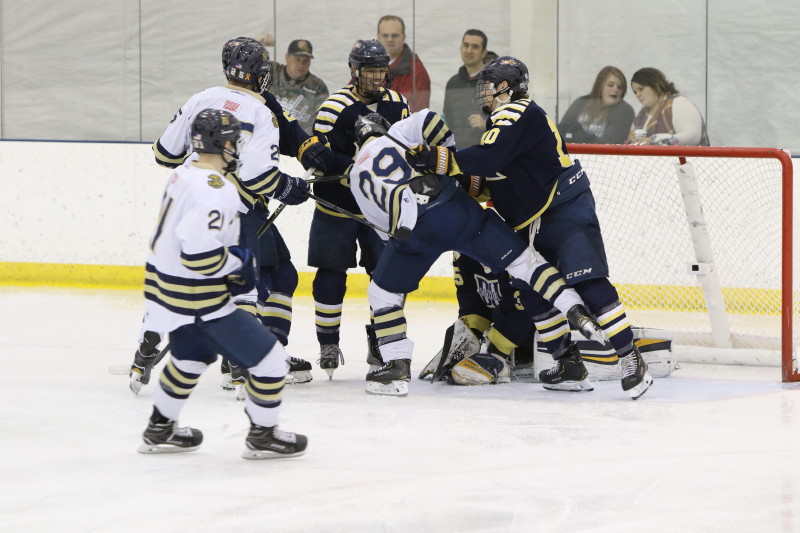 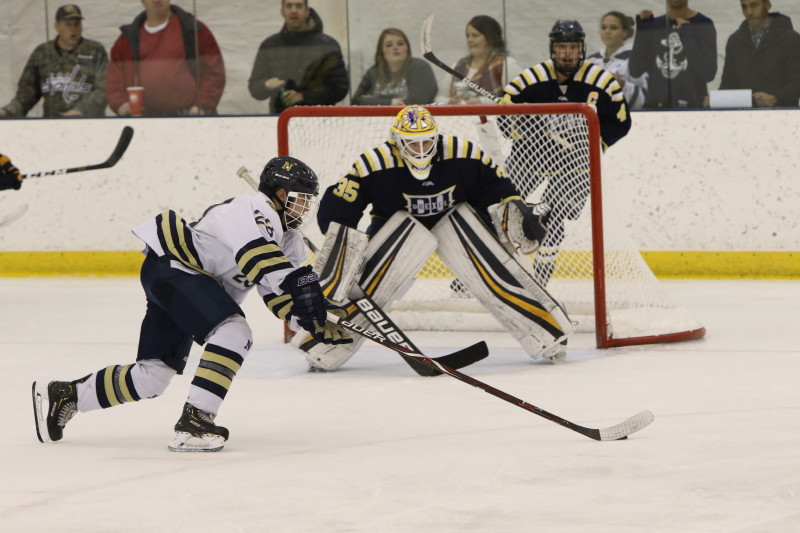 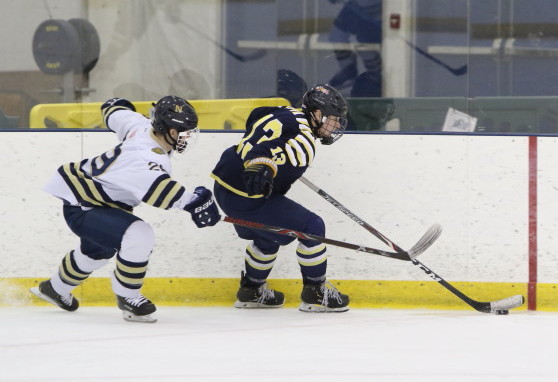 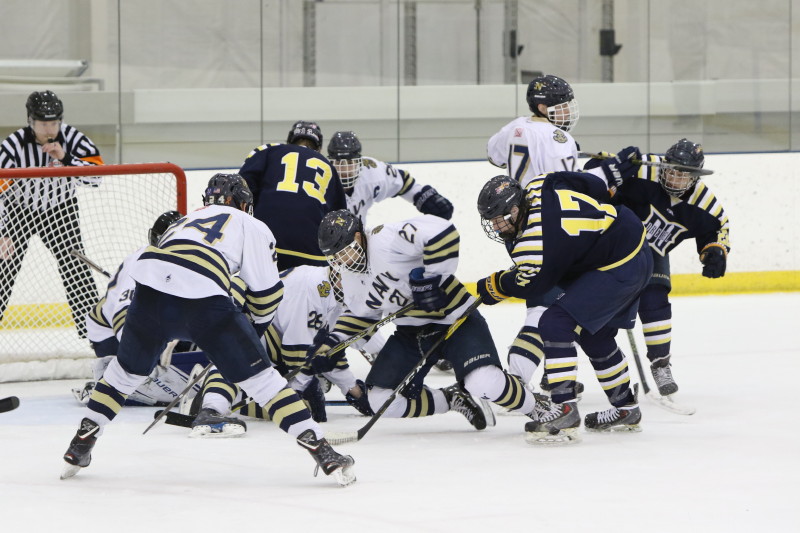 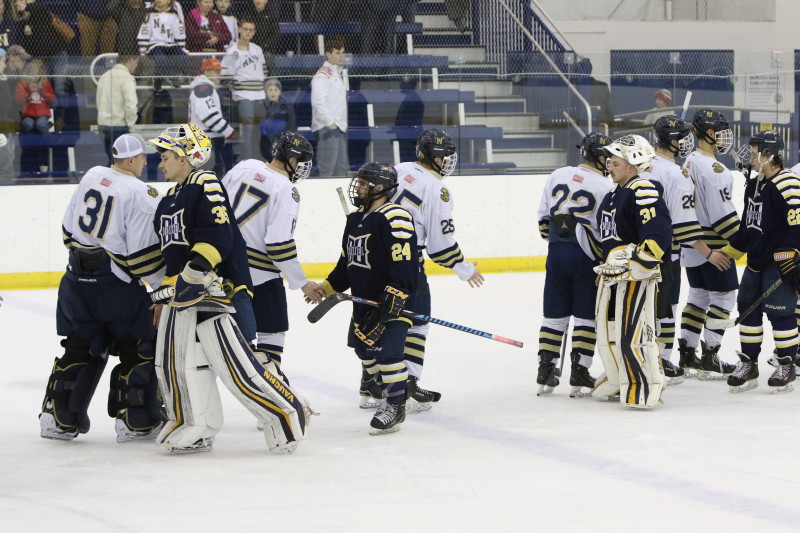 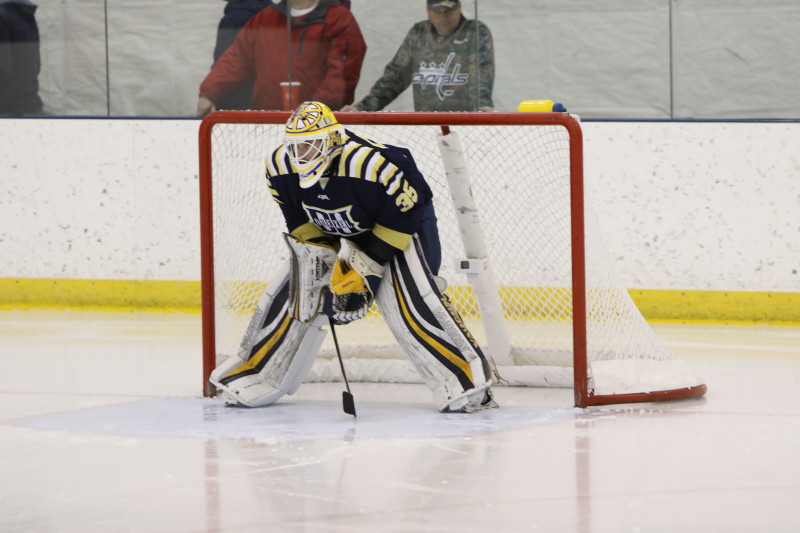 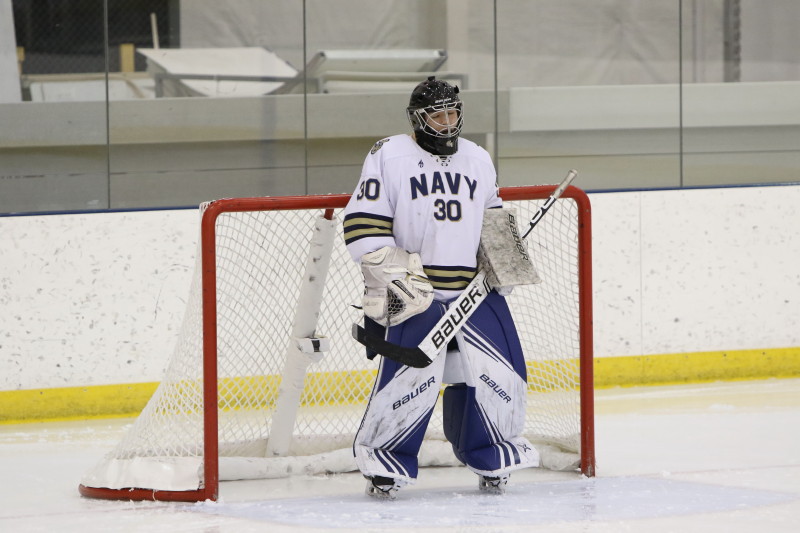 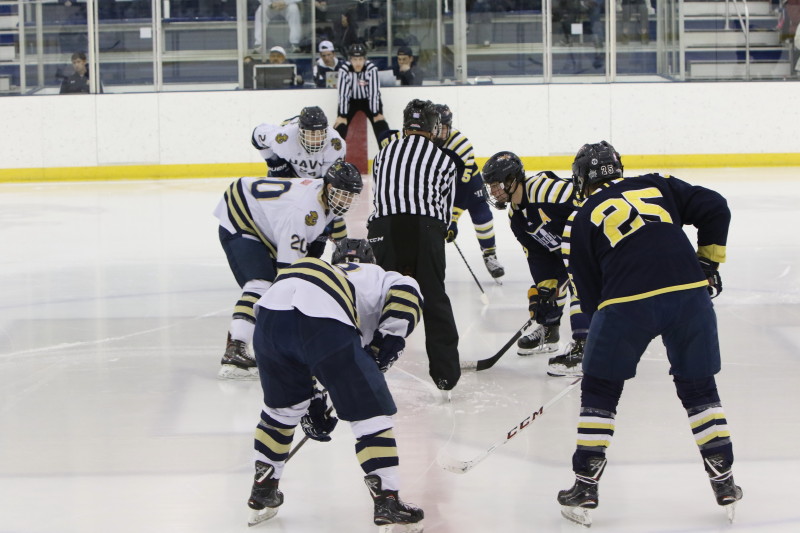 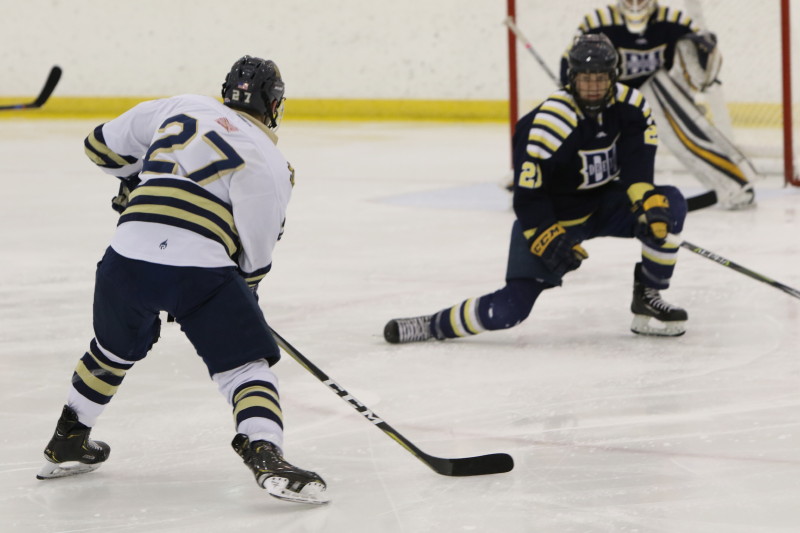 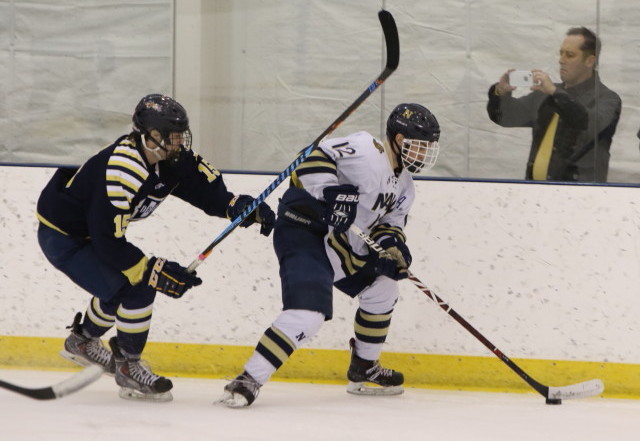