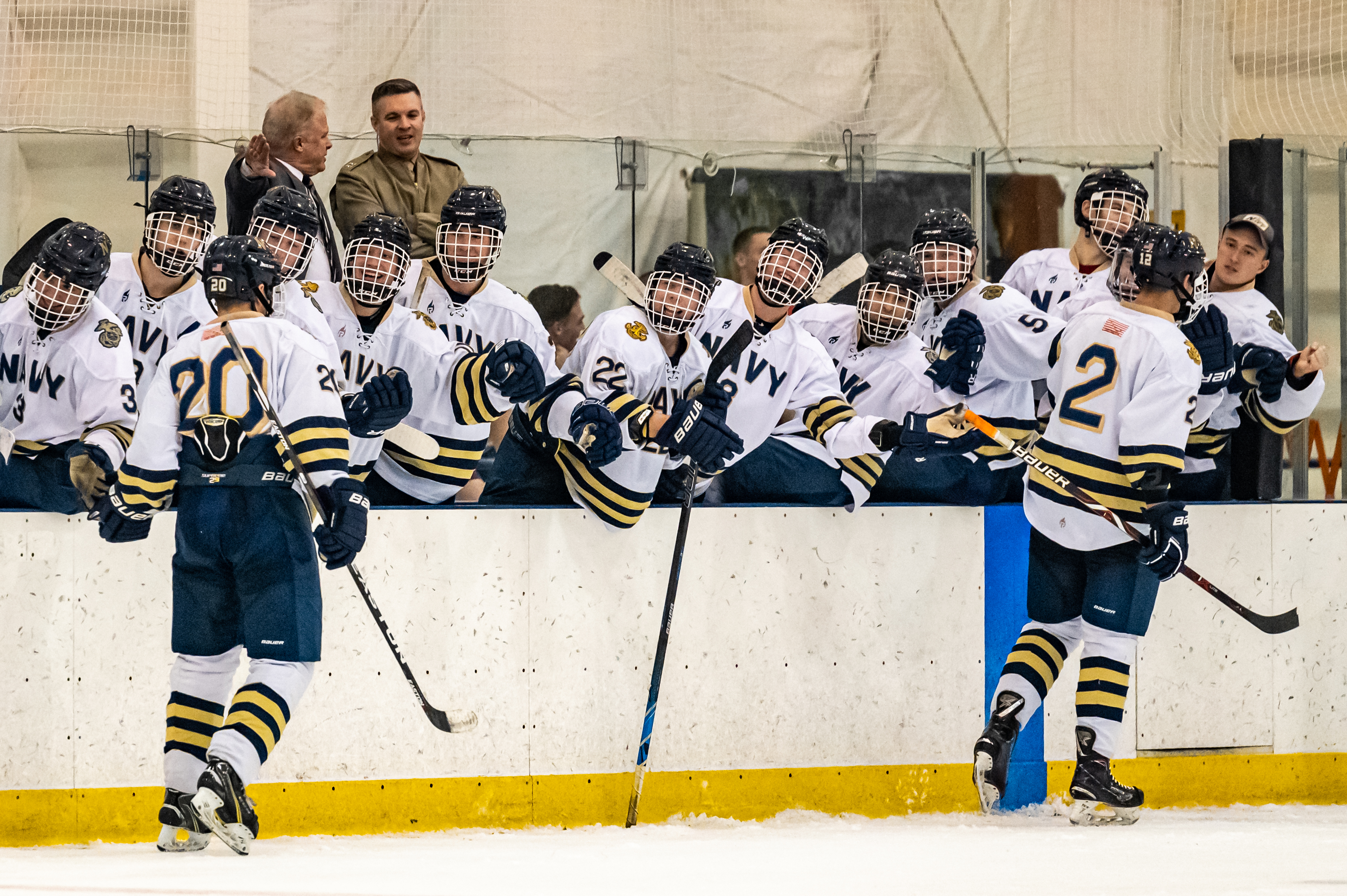 Navy's Hockey program continually raises the standards of excellence for the student-athlete. Here, both on and off the ice and in the classroom, and as part of a family of Midshipmen over four thousand strong, our student-athletes prepare today to be a combat leader for tomorrow.

The United States Naval Academy, one of the nation's most revered educational institutions, was founded on the principles of Honor,Courage and Commitment, And by choosing to wear the Navy Blue and Gold, These Midshipmen compete in collegiate athletics,while joining the generations of Navy athletes who have transcended the fields of play far beyond the ice rink.